The issue regarding trucks passing trucks is hotly contested. Some folks feel that if a “passing truck” cannot pass the “being passed truck” without help, the trucker in the passing truck should not attempt to pass at all.

However, consider what led up to the fact that the “passing truck” is in the left lane. If the trucker in the “passing truck” was able to get close enough to the “being passed truck” to start to execute a pass, then there may be a number of factors in place such as
– a lighter load (making it easier to climb hills),
– more engine pull, or
– higher governed speed.

Although the trucker in the “being passed truck” does not have to slow down to let the “passing truck” pass, consider what will happen if he/she does not show such a kindness: the trucker attempting to pass may try several times without success to pass, causing frustration both on his/her part and the parts of motorists around the trucks.

If the “passing truck” is “stuck” beside a “being passed truck” for an extended length of time, there is an increased opportunity for both trucks to be involved in an accident. Remember, too, this part of the Smith System: “Leave Yourself an Out”.

For a few minutes of slightly reduced speed, a bottleneck on the highway can be freed up. It is not that big of an inconvenience for the trucker in the “being passed truck” to back down his/her speed, say, 5 miles per hour, for maybe 5 minutes to let a fellow trucker get around. In fact, the two truckers may end up becoming life-long friends as a result!

There was a time years ago — and it still exists in some places today — when truckers were considered the “white knights of the highway”. We wish that this sense of “brotherhood” or looking out for each other still existed.

To answer your question: Should the trucker in the “being passed truck” slow down to let the “passing truck” pass more easily? It is not required, but slowing down to let pass another truck — which is running at nearly the same speed and which has gotten close enough to start passing — is a kindness that may end up preventing road rage and an accident.

In “Golden Rule” language: “Do unto others as you would have others do unto you.”

Were I driving the “being passed truck”, I would strive to be kind to the motorists around me — especially the trucker in the “passing truck” — and slow down slightly to let him/her pass more quickly and safely.

In my opinion, this is part of good “space management” around one’s truck, practicing safe driving and engaging in wise truck operation.

I hope that this helps.

If you’re a professional truck driver, my husband Mike and I wish you safe travels and lots of money saving opportunities on the road. 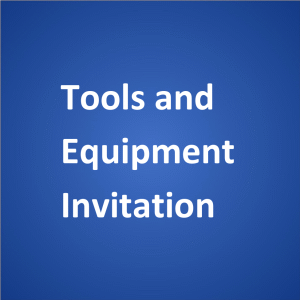 Out Of Route Rand Mcnally 510