The idea of abstaining from sugar — that is, “added sugar” — in my meals came to me in late December 2013 as a result of reading a rather sobering section on “Liver Health” in Chapter 18 of our 2013 edition Essential Oils Desk Reference. 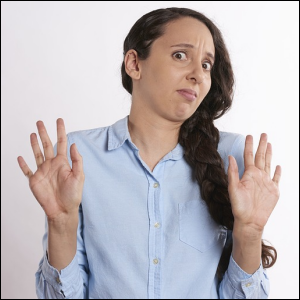 (You may read more about essential oils.)

The section that was particularly notable had six illustrations of a human liver, only one of which was healthy.

The others looked awful, to say the least.

But it was what was written in the inset box that got my attention.

“Signs of an Overloaded and/or Toxic Liver“.

Several of the signs applied to me, but of them all, “sugar cravings” stood out.

Some say that by eating sugar, one increases one’s craving for sugar.

What could I do to reduce my cravings for sugar?

Why not just “not add” any sugar to my food, that is, what I’ve been preparing for my own meals?

Could I stop eating desserts altogether?

I began on December 30, 2013, the day I asked the Lord to forgive me for indulging in chocolate chips (a weakness).

For about a month, I added no white sugar to anything I ate or cooked.

I made one exception one morning, by using a little brown sugar in a new recipe for breakfast.

Even in that recipe, I wondered if I could substitute stevia powder for brown sugar.

Sugar in Food and Sugar Substitutes

FWIW, fruits have their own natural sugar.

I also note that there is sugar in some of the products that I like to eat, like peanut butter.

Finding a good and frugal substitute would be nice.

(I found that SugarFreeMom.com features “naturally sweetened recipes for the whole family” but as of January 17, 2014, I have yet to try any of them.)

I’ve made it a goal to go for a month like this and see what a difference it makes on my health.

Sugar and Its Effect on the Human Body

I’ve been reading a bit about the human body, its acid/alkaline balance, and sugar’s effect on the body’s pH.

One source stated, “When a woman’s body becomes more acidic than alkaline you place yourself at greater risk of illness and disease.”

Another came right out and said, “… Refined Sugar will Poison Your Body”.

That being said, there was plenty of motivation about abstaining from sugar.

Well, ordinarily it might be hard, particularly since I can’t “see” my liver to know what condition it is in or how it might be improving without the sugar.

But I had another motivation: I needed for a skin irritation to clear up.

It took a little while for this skin irritation or “skin sensitivity” to start to fade after I started abstaining from sugar.

But eventually, it did start to fade.

And it has been fading pretty much continually as long as I’ve been abstaining from sugar.

That was enough of a reward to keep me on the right track.

Sugar and Being Overweight

I do wish that my weight would reflect the decrease in sugar, but perhaps that will come over time.

According to one article, truck drivers top the list of overweight workers.

So, if you’re a trucker, perhaps you might be able to identify with me.

Have You Had Success in Abstaining From Sugar?

Have you ever tried to abstain from sugar as a professional truck driver?

How did it go for you?

What successes have you had? (Hopefully, you’ve had no failures.)

If you became more sensitive to the amount of sugar you’ve been consuming, did it seem like everything in the truck stop stores was loaded with sugar?

If you prepare your own meals in your truck, how hard has it been to resist using sugar and how did you overcome that?

Besides the improvement in your health (which has a indirect effect on your finances), in what way has reducing your sugar consumption directly improved your finances?

Note: This article — which was originally written and published on January 17, 2014, by Vicki Simons — was updated slightly in 2018.

Through our affiliate relationship with Amazon.com, we present the link for the organic stevia powder that we like and use in some products in place of sugar:

Return from Abstaining from Sugar to our Health and Wellness/span> page or our Truck Drivers Money Saving Tips home page.

Polish Sausage and Sauerkraut: A Satisfying Meal in Your Truck

Truck Driver Sign On Bonus: What to Know Before You Hire On