This should be a no-brainer, but don’t repeat your mistakes in trucking. 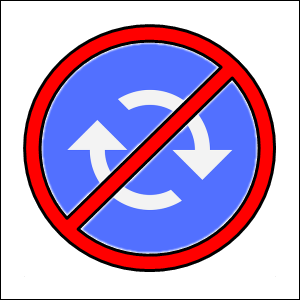 Doing something wrong one time may be called a mistake (unless you knew not to do it from the beginning).

But doing something wrong on purpose a second time (or repeatedly) may be called willfulness, stubbornness, flaunting the law or whatever other similar word or phrase may fit.

An article reveals what happened in Edmonton, Alberta, Canada in January 2012:

—–
An Edmonton trucking company and a truck driver from Markham, ON, got some hefty fines last week after being caught hauling invasive, banned carp into Ontario.
—–

One has to ask about the law in Ontario regarding this fish.

—–
It’s been illegal to possess live invasive fish such as bighead, grass, black and silver carp in Ontario since 2005. All four types of fish, known as Asian carp, threaten Ontario’s lake system because they reproduce rapidly and replace native species of fish.
—–

The Law is Clear

OK, so the law is clear and it should have been apparent to both the trucking company and the trucker: don’t repeat your mistakes.

But only a month later — they did it again!

With some of the fish still alive, officers waited until all the fish were dead (presumably so that none of them could be released and reproduce).

Both the trucking company and the truck driver were found guilty:

Lessons We Can Apply

One of the lessons learned from this that you can apply right to your truck operations is to know what freight you’re hauling and whether or not it is legal everywhere along your proposed route.

What I don’t understand is why — after being caught the first time — he was willing to try it again.

The same thing could be said of drug smugglers and traffickers.

Is the money too big a lure to resist?

Is the possibility of being locked up or having a criminal record not sufficient grounds to keep folks like this on the “straight and narrow”?

No matter how big the promised pay-out will be, protect your CDL, tell your trucking company that you won’t compromise and then stand there, no matter what.

Note: This article — which was originally written and published on January 24, 2014, by Vicki Simons — was updated slightly in 2018.

Return from Don’t Repeat Your Mistakes to our Truck Operations page or our Truck Drivers Money Saving Tips home page.

Your Priorities in Budgeting: “The Big Rocks Must Go in First”

Truck Driver Sign On Bonus: What to Know Before You Hire On