We used a CPI Inflation Calculator to find out the truth about trucker pay over time and the cost of living. 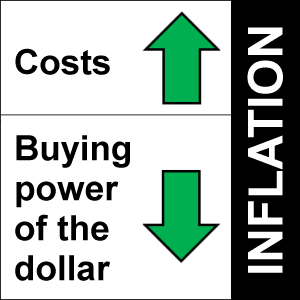 Disclaimer: Feel free to examine the similarities and differences between the “cost of living” and the Consumer Price Index (CPI).

You may use an inflation calculator to get more current numbers.

What Prompted This Investigation

It all started with a Facebook post by Desiree Wood, in which she posted an image of the cover of the May 1977 issue of Woman’s World magazine.

Prominently listed on the cover is this line:

That prompted a question in my (Vicki’s) mind: If 25,000 women were earning $500 in trucking in 1977, how much would their income have to be today to have kept up with inflation?

It’s a very easy thing to calculate because the U.S. government provides just such a calculator online.

The U.S. Department of Labor’s Bureau of Labor Standards allows anyone to find out how the purchasing power of the dollar has changed between any two points in time — starting in 1913 (the year the Federal Reserve was created) — through their CPI Inflation Calculator (on page, by link).

(Note that 2013 was the most current year listed in the calculator as of the time this article was first written.)

Here’s the direct link so you can see this for yourself.

According to the calculator, a professional truck driver would have had to earn $1,922.09 per week in 2013 just to have his or her wages keep up with inflation in the 36-year period.

I’m not talking about a “wage increase” but just enough money to keep up with inflation.

The next step in the process was to “reverse calculate” how much a trucker would have been earning back then if he/she was earning $500 per week now.

Again using the inflation calculator (image at right), I selected $500 in 2013 (first date) to find out the buying power of that money in 1977 (second date).

The equivalent wages would have been a paltry $130.07. Here’s the direct link.

From Weekly to Yearly

OK, now let’s extend this from a weekly wage to a yearly wage assuming 2 weeks off for vacation:

Do you think that the trucking industry would have problems keeping their drivers if they were each being paid close to $100,000 per year?

We think that truckers would rejoice!

About How Truckers Are Paid 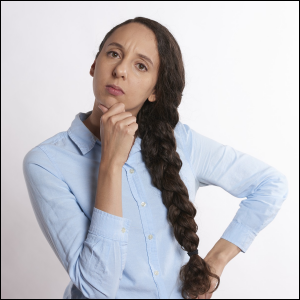 Mike and I don’t know any full-time truckers who are actually paid a salary.

Most of the OTR trucking companies pay their drives on a cents per mile (CPM) compensation plan.

We believe that this is an old broken system does not pay truckers for all of the time they spend on their jobs.

Nor does the system generally pay all of the miles that a trucker drives (if he/she is paid based on Household Movers Guide miles).

But for the sake of argument, let’s calculate how many cents per mile a trucker would have to earn in order to earn $1,922,09 per week.

Let’s also assume that on an average week — under today’s Hours of Service restrictions — he/she can drive an average of 2,500 paid miles per week.

So, if you’re looking at linear trucker income in light of what you learned from the inflation calculator, one of the questions you can ask recruiters or trucking companies is how the compensation plans for their truck driving jobs have kept up with inflation over the last 10-20 years (or more).

We’ll hazard a guess that they haven’t — but calculate for yourself whether their truckers’ pay has kept up with the cost of living or CPI (Consumer Price Index).

Too often, someone becomes a truck driver thinking that the money is excellent.

I personally believe that “excellent” trucker pay is the biggest myth in the trucking industry.

It would do all of us well to understand the reality of trucker income.

The Next Step: A Revolution? 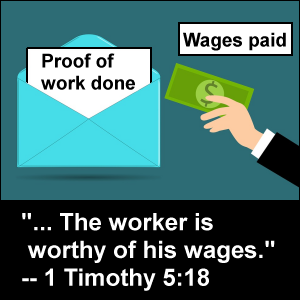 Does it appear from the numbers generated by the inflation calculator in this article that truckers in general have been selling themselves short?

Hopefully, everyone reading this now understands the stakes involved.

For one thing, I think that a change in pay structure is required.

While I understand performance benchmarks (being paid for jobs completed), I also understand that truckers aren’t paid for lots of time they spend in connection with their jobs.

Furthermore, truckers need to be considered as skilled labor. (Currently, they aren’t.)

If you’ve ever watched a truck driver back a truck into a dock, you know there is a great deal of skill involved!

It’s time to start a revolution.

Use the numbers on this page to

In keeping with the slogan we’ve had on our site since 2013, it’s time every trucker spoke up about this “because truckers know that no trucker deserves to be stung financially.”

Door Mats Can Help You Keep Your Truck Cleaner