Whether through voluntary or involuntary means, job loss for professional truck drivers can potentially lead to career loss as well. 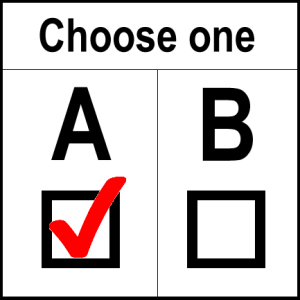 We will discuss them both and provide some tips.

There is the voluntary loss of a job that comes from truckers leaving the trucking industry by entering other lines of work or willingly retiring.

This can be positive or negative depending on how they have prepared for it.

Striking out into new territory can be exciting, especially if they have worked to build a second income part-time before leaving the trucking industry.

Many drivers transition between trucking companies, as we have.

Mike has driven for numerous trucking companies over the years.

One of them he drove for twice at different times.

He has driven regionally and at a local truck driving job.

But even as desirable as local jobs may seem to be, the turnover among his truck driving co-workers has been high.

Many drivers remember quite painfully the involuntary loss of jobs as a result of Arrow Trucking shutting down in December 2009.

Being stranded away from home while on the job — but without the means by which to get back home — is a raw deal.

There were rumors that the company was on shaky financial footing.(1)

Those rumors may have prompted drivers to seek employment elsewhere and avoid a crisis. 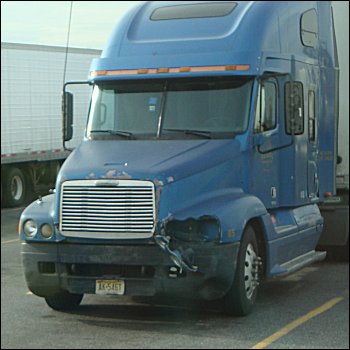 Another type of involuntary job loss is when one is forced to retire from trucking due to regulations that are now in place (read: CSA) that never used to be in place for truckers.

This may involve some kind of “physical fitness” requirement or simply being “pointed out” of the industry due to too many vehicle violations.

As AskTheTrucker.com reports, a combination of CSA and DAC report may boot some professional truck drivers from their jobs.
askthetrucker.com/csa2010-and-dac-report-to-cause-more-lost-jobs-for-american-truckers/ (no longer online)

There are definitely some things beyond a trucker’s ability to control (like an accident that is caused by a four-wheeler).

But there are also some things that are definitely within a trucker’s ability to control.

One of the most recent companies Mike drove for overbooked its trucks (hired too many drivers for the number of trucks it had).

This doesn’t bode well for any company not to have enough equipment for its workers.

It would be like hiring too many secretaries for the number of desks in the office.

In such a situation, some drivers get tired of waiting to get into a truck and go elsewhere.

Things Truckers Do That Lead to Job Loss

We have compiled a list of some newsworthy actions that some “professional drivers” have taken that most likely ended up not only leading to job loss but also to one or more of the following:

Not engaging in these actions as a professional driver should be common sense, but some drivers persisted in doing them anyway! 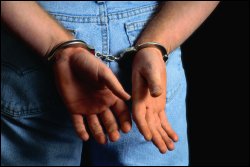 If you want to have a long and prosperous career in trucking — and don’t want to experience voluntary job loss — don’t do stuff like this:

If you’re a professional truck driver, you worked long and hard to get your CDL.

Please work to protect it.

If you are found at fault for a violation or crime — and suffer job loss as a result — it can be very difficult to get another truck driving job.

Develop a practice of viewing all of your actions through the lens of what they could do to your future. In other words, plan ahead.

Never engage in activities that a four-wheeler is not supposed to engage in when driving.

Furthermore, go beyond what a four-wheeler is not allowed to do and kick up that standard a bit; after all, you are a professional being paid to drive.

Bear in mind the laws and rules for such things as cell phone use and texting, not just from an activity position, but what these activities can lead to — an accident.

Always be on the lookout for potential danger that could harm you, your truck or the freight you’re hauling.

Remember to park as often as possible in secure lots where you and your load will not be hijacked.

Lock your trailer. If you have to drop your trailer, remember to put a king pin lock or other security device on it to prevent it from being stolen.

If you as a driver drop an unsecured trailer that is later stolen, you will most likely lose your job.

On the log books we have used, there is a small line that indicates that the record is a true and accurate reflection of what has transpired.

If it can be proven that your record is not accurate, you can be terminated for falsification of logs. Job loss!

Be proactive regarding your truck’s maintenance and any kind of situation that could render it put Out of Service.

At least one trucking company we know of is strict on this point: if you are put Out of Service, you lose your job.

Even nature teaches that there are expansions and contractions.

If you have not yet started, prepare for a contraction (a time of less financial prosperity or even adversity) by putting together an emergency fund.

With such a fund in place (and preferably additional savings), if you ever suffer job loss, you won’t be as hard pressed financially as if you didn’t have one.

Remember that CSA covers a whole lot of areas and that it would be wise to review them from time to time just to keep you on your toes.

If you got value from this information, please comment.