In seeking to reduce air pollution, the California Air Resources Board [CARB] and other entities have put in place regulations regarding large trucks. 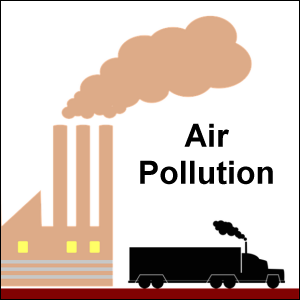 Since one of the trucking companies for which Mike drove had traffic lanes that didn’t extend to California — and it has been years since we teamed and drove to California — we wonder what kind of impact Oakland’s truck ban has had.

The Extent of the Issue 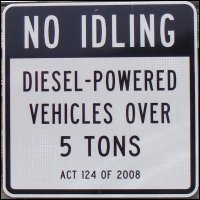 Research that we have found states: “Oakland’s cargo volume makes it the fifth busiest container port in the United States”.

At the time that this page was first written, 1,500 trucks were idling for up to 15 hours a day in and near Oakland. That is a problem.

No wonder CARB’s mission is:

To promote and protect public health, welfare and ecological resources through the effective and efficient reduction of air pollutants while recognizing and considering the effects on the economy of the state.

We acknowledge that it is the right of local and state governments to work toward improving air quality for their areas.

We further acknowledge that it is the right of truck drivers and trucking companies to be actively involved in the process of providing input whenever public hearings on proposed changes to laws, ordinances and regulations on air pollution are made.

Recognizing these two rights, once the standard has been duly passed by the body so determining it, it is the place of truckers and trucking companies to either bring their equipment into compliance or step aside to allow those who do comply to supply the targeted transportation services.

Still, it is inhumane for trucking companies to expect professional truck drivers to stay in trucks that are either unbearably cold or hot.

We assume that since Oakland is a seaport, it sends and receives cargo. If we are accurate in our assumption that their ban regarding trailers involves only those that can cause air pollution — that is, refrigerated units — we wonder how refrigerated containers coming from outside the country can be made compliant.

What Will Compliance Cost?

If you have been able to solve the problems associated with air pollution compliance but saved money in the process, we want to hear how you did it. Please contact us.

Money saving tip: To save money regarding air pollution from large trucks and trailers:

Return from Air Pollution Regulations and Large Truck Compliance Costs? to our Tricks of the Trade page or our Truck Drivers Money Saving Tips home page.

CVSA Roadcheck Can Be Expensive for Truckers