Happening more often these days, a four-wheeler cut off a truck.

The trucker had but one of two choices:

In this case, the trucker chose to slam on the truck brakes to avoid what could have been dubbed as a preventable accident — even though there were numerous eye-witnesses that say it would have been four-wheeler’s fault.

This was indeed a close call that could have resulted in a fatality.

Unfortunately, the situation was not without its casualties.

In the process of slamming on the brakes, numerous things happened:

The photos below show that the damage was extensive.

Obviously, if the trucker had to slam on the brakes that hard, it’s a good thing that the brakes worked correctly, the truck didn’t flip and the load wasn’t lost.

Photo Gallery of Truck and Load Damaged During Hard Braking 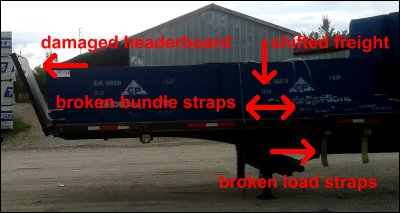 Photo showing damaged header board, shifted freight, broken bundle straps and broken load straps after a trucker slams on brakes to avoid collision with four-wheeler who cut him off. 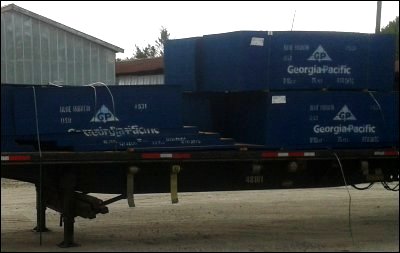 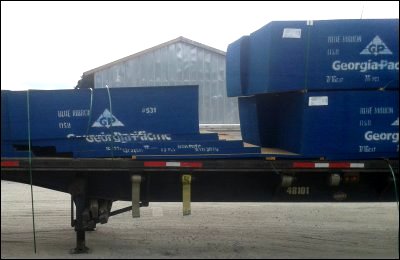 Photo showing extent of shifted freight when trucker slammed on brakes to avoid collision with car that cut off lane change. 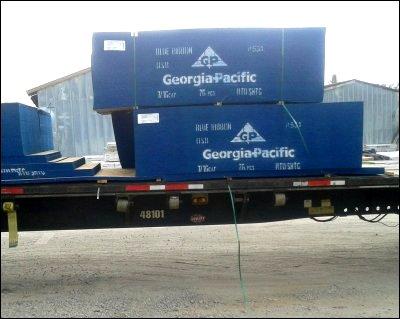 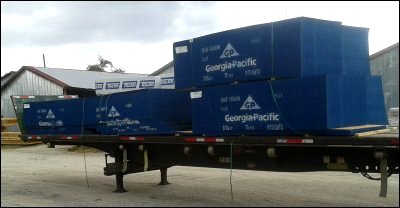 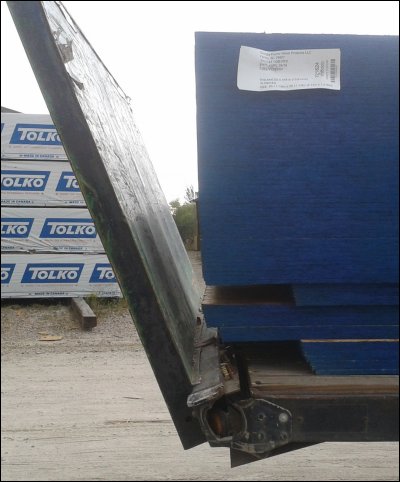 Shifted freight and broken header board on flatbed trailer after close call with car that cut off truck. 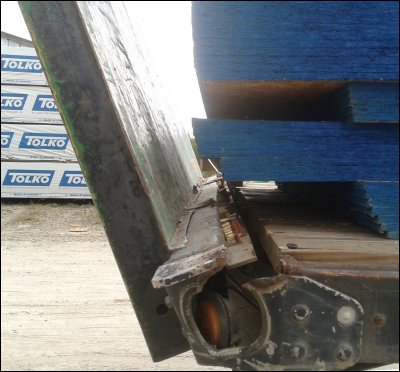 Extent of damage to headerboard when trucker slammed on brakes to avoid accident with driver of car that cut him off.

When the driver of this truck came back into the terminal, other drivers for the same company expressed different opinions regarding what they would have done in the same situation.

At least two drivers said they would have let the car hit the trucks they were driving.

Obviously, if weather conditions had been different, the outcome of this situation could have been vastly different, too.

There is only so much that a trucker can do to avoid an accident.

When we were in truck driver training school, our instructor told us that in situations like this to “get some paint” from the other vehicle.

We don’t know if that advice is suitable in all situations.

Lest you think that this was all the trucker’s fault, here is…

Video Footage of Cars Getting Too Close to Trucks

The following video shows that a four-wheeler got so close to the rear of a truck that part of the car’s front bumper was ripped off.

The following video shows that a four-wheeler cut off a truck so closely that the car flipped around sideways in the road and ended up being pushed down the road by the truck in the rain.

Money saving tip: Some drivers of four-wheeled vehicles seem to delight in deliberately baiting truck drivers to try to get them in awkward situations that could result in an accident.

Others seem genuinely ignorant of the danger they cause through their actions.

Drive defensively. Avoid accidents where you can. Also, try to avoid wrecking your truck.

Install a truck cam in your truck to capture footage to protect yourself.

What’s the Answer to This Seemingly Impossible Winter Trucking Problem?