From time to time, Vicki reads an article about a trucker who was involved in an incident or accident after experiencing a “medical emergency”. 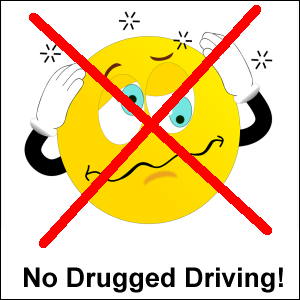 Sometimes the article is vague (meaning that the article doesn’t say what kind of medical emergency the trucker had).

But according to one source, “‘Driving While Medicated’ [is] now a greater danger to society than driving drunk: Crashes from prescription meds [are] up 100% in [the] past decade”.

This came about as a result of golfing legend Tiger Woods being arrested “for driving under the influence of prescription drugs”.

According to a second article, Woods stated, “What happened was an unexpected reaction to prescribed medications. I didn’t realize the mix of medications had affected me so strongly.”

There has been some pressure on trucking companies to accept into their fleets drivers who are on prescription drugs.

Depending on what kind of drugs these are, that may be a big problem for the motoring public.

It is certainly a potential liability for any trucking company after a “drugged trucker” is involved in an accident.

Can you imagine the questions?

There has been push back from those who do not want to undergo drug testing such as from a hair sample or biometric screening.

While such testing could be considered invasive, it must be understood that truckers are subject to undergo a random urinalysis at any time.

Regarding this subject of “driving while medicated” or “drugged driving”:

Protect yourself, your truck, your load, and those around you.

Note: This article — which was originally written and published on June 5, 2017, by Vicki Simons — was updated slightly in 2018.

Return from Drugged Driving or ‘Driving While Medicated’ Can Be a Big Problem to our Health and Wellness page or our Truck Drivers Money Saving Tips home page.

How are Sleep Labs, Insurance Companies, and Hospitals Holding Truckers Hostage to Unreasonable Pricing Tactics and What to Do About It

Cooking Turkey for Thanksgiving or Any Time in Your Truck

Biometric Screening and Blood Screening for Cotinine in Truckers