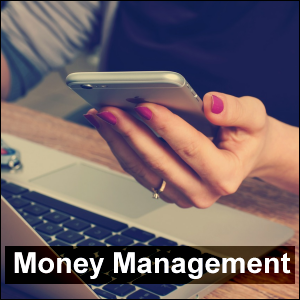 The lessons learned from his two primary teachers — one a saver, the other a spender — greatly influenced his life.

What were the lessons learned?

Who was the saver, who was the spender, and what impact did they have on Mike?

Mike’s dad, Ed, was a professional truck driver for several different companies for many years.

His mom, Esther, was mother to their five children and she worked outside the home.

Ed was away from home on business a lot.

Mike rode with his dad in the truck during four summers between school years.

He saw that his dad made good money but his money management skills were practically non-existent.

Mike recalls a true account about his mom’s reaction to one paycheck that had been mailed home from his dad’s company.

Not only were the jobs that were available to women in those days very limited, but their salaries were very limited too.

For that reason, Esther depended on Ed’s salary to care for her children and herself.

When she saw how small the paycheck was, and how Ed was wearing a new suit of clothes the next time he came home, she asked him what she was supposed to do with the check.

Ed, having gotten cash advances and spent the money on himself, said, “I don’t know.”

Esther replied, “I don’t know either. Here, you keep it!”

Right then and there, all of their children learned an extremely valuable money management lesson. 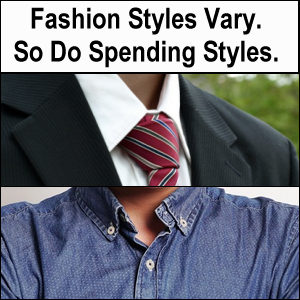 The issue of money is often cited as the number one reason why couples get divorced.

Each couple would do well to examine their personal spending styles and work out a money management plan together ahead of time.

This is especially true for families where one income earner is a professional driver, spending lots of time away from home.

Ed eventually divorced Esther, leaving her to fend for herself and her children.

The lessons learned from Mike’s parents became very apparent after their deaths: 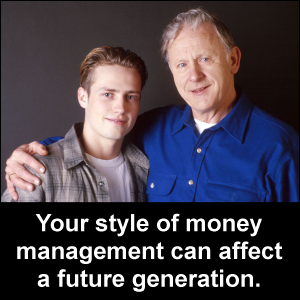 Nature itself teaches us that there are cycles in life:
– As the Earth rotates around the sun, we observe the sun’s “rising” and “setting”;
– We observe the various phases of the moon; and
– We observe the high tide and low tide of the oceans.

When a person spends everything he or she makes during the financially prosperous times and sets nothing aside for a “rainy day” (such as an emergency fund) that person is setting himself or herself up for financial ruin.

Learning good money management and budgeting skills can help you avoid financial ruin, or help you recover from poor financial decisions made in the past.

Your style of money management can affect a future generation.

Mike says that he learned hard lessons from his parents and that they were very effective.

His dad squandered his money was on cigarettes
and clothes, thinking only of himself.

Mike says his dad’s investment in his lungs ultimately led to his death; he died from lung cancer and emphysema.

Mike has obviously patterned his money management style after that of his mom, the saver in the family.

This pattern has carried over into his and Vicki’s marriage.

Money saving tip: If you’re not in the habit of saving money, start saving now, even if it’s just $5 per month.

The journey of 1,000 miles begins with the first step.

Set a goal and work toward fulfilling it.

You can do it!

If you have not yet set up an emergency fund, we recommend that you do that, too.

Return from Money Management Lessons Learned from a Saver and a Spender to our Budgeting page or our Truck Drivers Money Saving Tips home page.

Homeless Truckers: On Preparing for Life Without a Residence