This “Shower Review Pilot Ohio Hebron” is a review of the shower facility at the Pilot Travel Center in Hebron, OH, USA, based upon our own expectations of what a shower facility that caters to professional truck drivers of commercial motor vehicles should be like, our own preferences (especially in comparison to a home bathroom), and our observations. 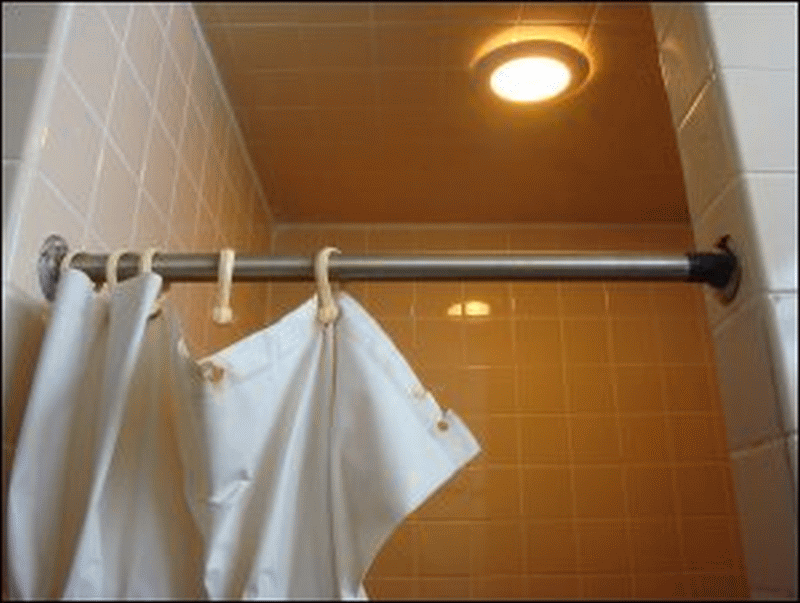 The shower curtain in Shower #4 at the Pilot in Hebron, Ohio, shows signs of hard usage and needs more shower hooks to let it hang correctly..

The middle towel hook in this 3-hook rack is missing in Shower #4 at the Pilot Travel Center in Hebron, Ohio.

Overall grade for this shower at this facility on a scale of A+ to F- (with A+ being the best, F- being the worst): B-