This “Shower Review Pilot Ohio Sunbury” is a review of the shower facility at the Pilot Travel Center in Sunbury, OH, USA, based upon our own expectations of what a shower facility that caters to professional truck drivers of commercial motor vehicles should be like, our own preferences (especially in comparison to a home bathroom), and our observations.

Shower #5 (equipped for the handicapped) 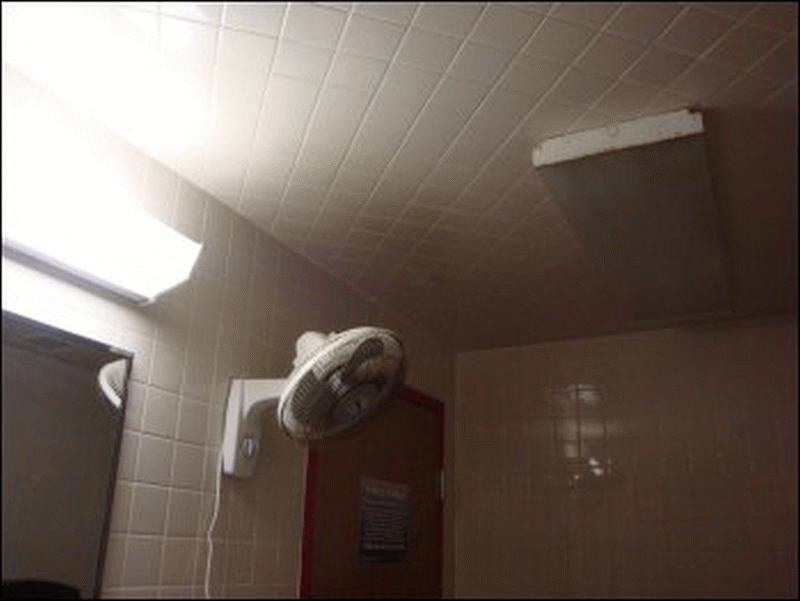 This photo shows the lighting situation in Shower 5 at the Sunbury, OH, Pilot Travel Center.

The light switch is on (there’s only one in the room), but the main light in the room is not working and leaves most of the room dark.

This light fixture has four fluorescent bulbs in it, but obviously none were on. 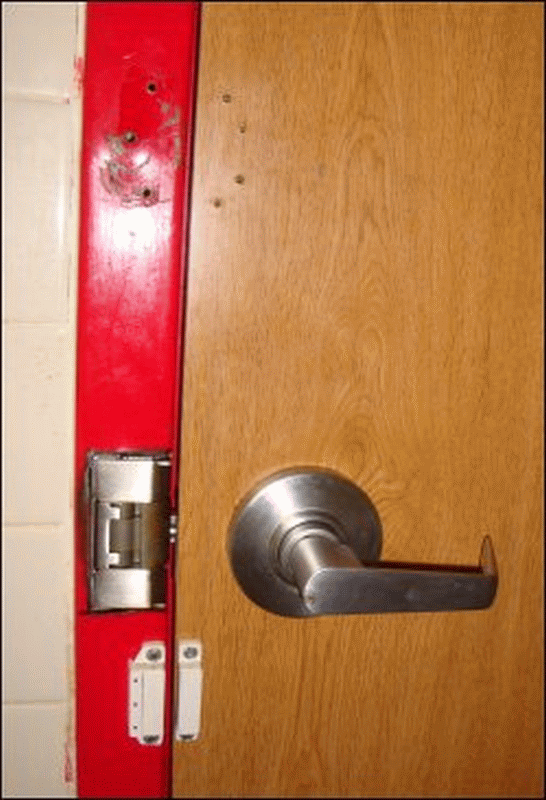 The door restrictor that had been on the door of Shower 5 at the Sunbury, OH, Pilot Travel Center has since been removed.

The door knob has no lock on it and there is no deadbolt lock on the door, meaning that there is no way for shower customers to keep persons with access codes from entering the room while they are showering. 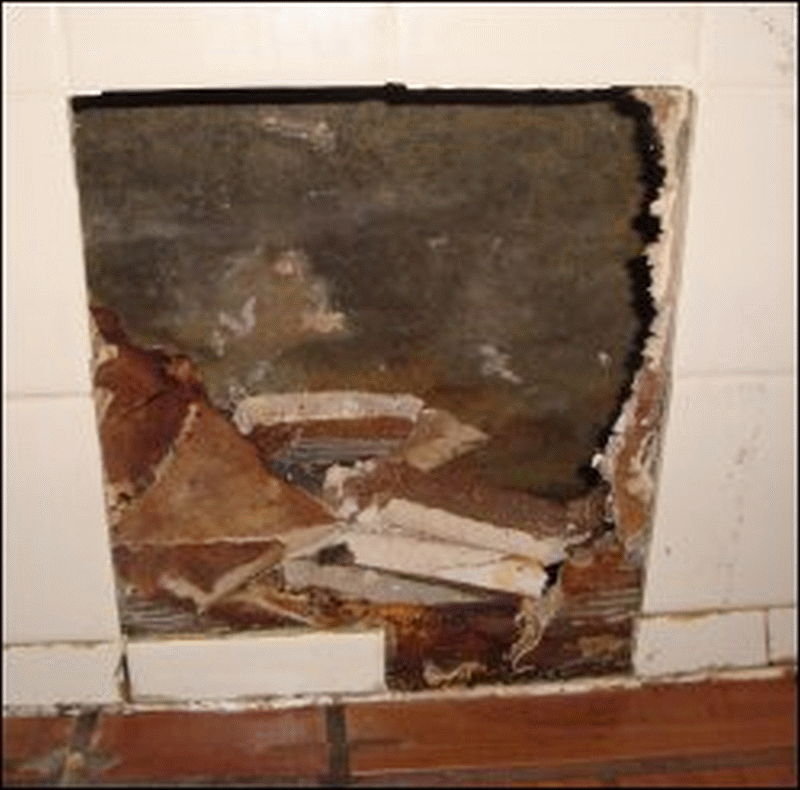 This photo shows the broken wall just inside the door of Shower 5 at the Sunbury, OH, Pilot Travel Center.

Tiles are broken out showing the interior of the wall.

This is not only unsightly but can be dangerous.

This shower room has seen some hard usage, having severely degraded over time. For example, how can a handicapped user — or any user — do what he or she needs to do without adequate light?

We recommend that members of management take a full-fledged shower — just as their shower customers do — in the room as it currently exists to learn of all the things that need to be repaired, replaced and attended to. Put every aspect of this room under the critical magnifying glass as we have here. See if they come to the same conclusion that we as paying customers do.

Overall grade for this shower at this facility on a scale of A+ to F- (with A+ being the best, F- being the worst): C-