Laws for snow removal and ice removal from the tops of big rigs (and other types of vehicles) continually change based on various circumstances. 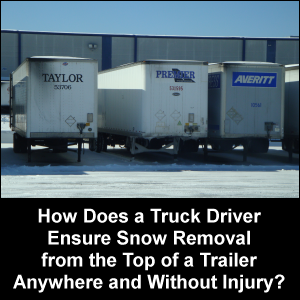 In some cases, vehicles traveling close to big trucks have had a large amount of frozen precipitation dumped on them, causing damage and/or injury.

The information on this page has been compiled to help you see what is necessary to help you as a trucker save money.

Always abide by the laws, codes and ordinances of each area to and through which you travel.

If you are a company driver and are required to remove the snow and ice from the top of your rig, ask your trucking company how they are going to ensure that you comply.

A December 17, 2010 article in The New York Times addressed the issue of snow removal from vehicles, including commercial motor vehicles. 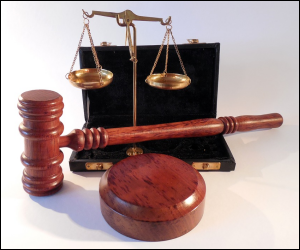 Several states previously imposed fines if snow flying from vehicles caused damage or injury; New Jersey’s penalty is as much as $1,500 for commercial vehicles.

Snow collects on anything even remotely horizontal — including the roofs of trailers pulled by professional truck drivers.

Anyone who knows anything about New Jersey knows that that state gets a lot of snow in the winter.

How much snow does New Jersey get?

You may review the numbers from the Office of the New Jersey State Climatologist.

One would have to do a bit of addition to get the total snowfall for an individual location for the entire winter since they are broken up into individual events. (We think that a spreadsheet would do a better job of conveying this information, but then again, it’s not our website.)

We are concerned about how these snow removal laws, penalties and fines affect all professional truck drivers who travel through states that have them.

Vicki commented on a post from Jason Cox back when TruckDriversNews.com was up and going, in which he railed about snow removal from commercial motor vehicles in New Jersey.

With photos that Vicki took of snow removal equipment at two different shipper’s locations on the right, here’s what she wrote: 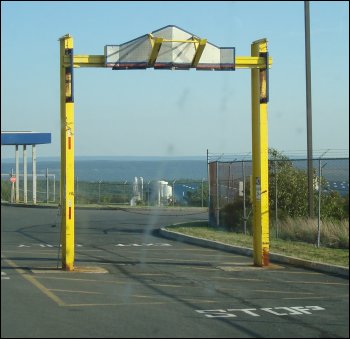 Thank you, Jason, for bringing attention to these topics.

For now, I would like to address the issue of snow removal from the tops of large trucks.

There are a number of questions that I think need to be asked:

1. What is the definition for “reasonable” removal of snow from the top of a large truck and who stands with an objective determination as to whether or not that has taken place?

For example, if a driver leaves with 1/2 inch of snow on the top of his/her trailer (which he/she probably can’t even see from the ground), is that OK whereas a whole inch of snow is not?

2. Have the states that have enacted snow removal laws also provided (probably at taxpayer expense) snow removal equipment for truck drivers to be in compliance with the law? 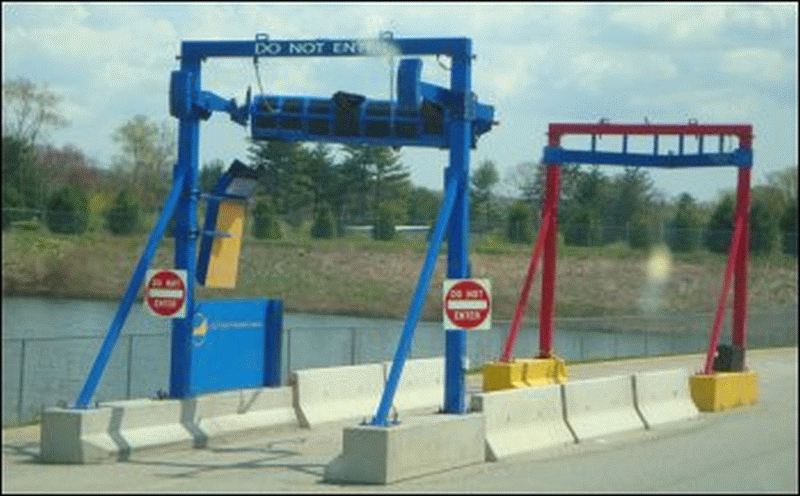 If the states have not, who has?

This could be an opportunity for a cottage industry of snow removal equipment companies to start creating snow removal stations in various places.

But there are complications (space, location, licensing and pricing among others) that must be considered.

3. Who will be liable for the injury or death of a driver who falls while attempting to clear the roof of his/her trailer?

Will the driver’s widow/widower be entitled to file a lawsuit against the state and/or its legislators? 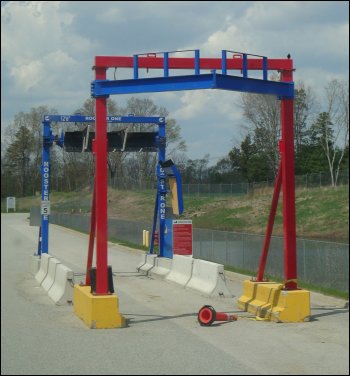 4. How close are drivers following trucks to the trucks at the time large amounts of snow and ice come off?

Articles like the one that once appeared on ChicagoBreakingNews.com never reveal that fact.

Should the four-wheeler not be held responsible (in part or in full) for following too closely?

5. What happens to truck company insurance rates when drivers start climbing up (assuming they can climb up) on the roofs of their trailers to remove snow?

Will the increase in insurance costs not go through the roof and get passed along to customers?

6. Who among the nation’s millions of professional truck drivers who pull trailers with roofs have the equipment to climb up on the roofs of their trailers to clear the snow?

Which types of ladders have been approved for use?

Where will the truckers store them on or in their trucks? 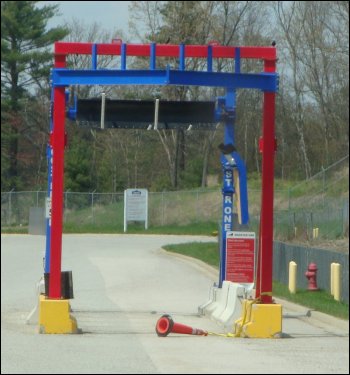 7. If there is harness equipment to catch people when they fall when working at a height, will that kind of equipment be made available to truck drivers?

Again, who will have that and how can drivers access it?

8. How bad in reality is the problem associated with snow and ice coming off the tops of truck trailers?

How many people are injured every year?

What are the statistics? (Of course, even one person who is hurt is bad, but is the situation really deserving of a state law to make sure it never happens again?)

9. Can the scraping of snow and ice from the tops of trailers weaken their roofs or even damage them?

Who pays for repairing the weakened or damaged areas? 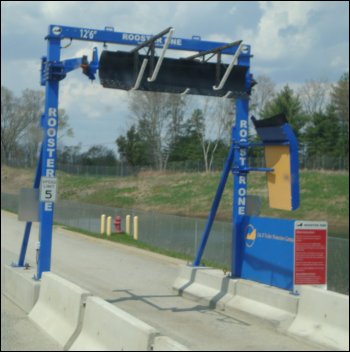 I speculate that it will take only a few ruined loads (where snow or ice entered the trailer through a hole on the roof) to bring attention to this possibility.

Will insurance pay for this?

I’m sure there are many other questions that could be asked, but here’s one that tops the rest:

Are states that set up these snow removal laws — knowing that there is inadequate equipment for truck drivers to be in compliance — not setting an automatic trap for drivers to fall into financially?

Is it not downright predatory on the part of the states/legislators to create laws like this?

Thank you for letting me share my thoughts on this subject.

I look forward to reading other drivers’ thoughts on this.

(For your convenience, we are linking to or listing products on this page from Amazon.com, with which we have an affiliate relationship.)

Where Are Snow Removal Stations?

Where is a professional truck driver supposed to find a snow removal station?

If you are a professional truck driver who has received any kind of fine, penalty or ticket as a result of failing to remove snow or ice from the top of your truck, please contact us.

Unless we have documentation on this issue, we don’t really know where we stand.

Other Snow Removal Articles in the News

Since writing that post, Vicki found this in The New York Times article (emphasis added):

Though reports of accidents have spurred such laws, no statistics are available for crashes caused by the accumulation of snow and ice on vehicles, according to a 2008 study prepared by the American Transportation Research Institute, a nonprofit group, for the American Trucking Associations. The study noted that the deadliest accidents caused by airborne ice involved larger vehicles, notably trucks. But the trucking industry said a solution might not come until truckers could find a snow-removal station as easily as a cup of java.

“We recognize that for passenger and commercial vehicles, excess snow is a hazard,” said Brandon Borgna, a spokesman for the trucking group. “We want to comply with the rules, but there’s often no way to comply.”

Drivers cannot be required to climb up on their rigs and shovel without running afoul of worker-safety provisions, he said….

New Jersey says it will not give tickets to drivers of snow-capped trucks who can demonstrate they are traveling to a snow-removal station.

Update: These articles have been written since we originally published this page:

Money saving tip: We do not recommend that you attempt anything that would cause you bodily harm in clearing snow and ice from your truck.

We do recommend that you learn from your trucking company what their policy is on snow removal from the tops of trucks.

See if your company has a list of snow-removal stations, particularly those in a network like the network of preferred truck stops for fueling.

(In fact, if it is public information, we would be interested in linking to it on this page.)

Ask if the company will pay the fine for failure to remove snow or ice from your truck if you receive one.

If the company will not pay the fine, will you be responsible to pay it?

What happens if you don’t pay it?

It is possible that you may be able to fight a ticket of this nature if you have a legal services plan, but we’ve never heard of this happening.

Although we try to steer away from politics on this site, another avenue to consider is contacting the legislators in the states where snow removal laws are currently on the books and ask them to repeal the laws.

Without statistics, we feel they don’t have any grounds for such laws.

If you are an OOIDA member, you may also contact them for help or guidance.

In the meantime, many drivers carry a broom in their trucks to sweep out trailers; if you carry one, you can potentially use your broom to remove snow from the reachable areas of your tractor from the ground.

Note: In April 2018, Vicki Simons wrote about “No Snow Roof – A Solution for Eliminating Snow and Ice on Trailer Roofs.”