Requests for time off are subject to management approval, the policy read. 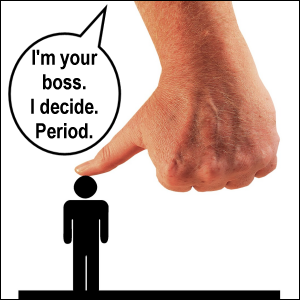 Yes, that applies to the hundreds of truck drivers driving for that huge transportation company.

The exact wording on the form was:

What was the trucker supposed to do when he had submitted to his supervisors in March a memo about taking unpaid time off in June — even though the form was given to him less than 2 weeks before his time off was supposed to commence?

He signed it, of course.

Everyone taking time off is supposed to sign the form.

The “Employee Certification” that the trucker had to sign read:

I understand that time away from work is subject to management approval and [company name withheld] policies.

So, what would happen if

This is speculation, you understand, but we can imagine the driver manager saying something like this:

“Trucker, we know it’s been a year since you last had vacation, but you knew when you joined us what our policy was. You aren’t eligible for vacation for another 7 months. We can’t find anyone to replace you, so we’re denying your request for time off.”

What is the trucker supposed to do?

He and his family have been planning this time off — whether counted as paid vacation or unpaid time off — for a year. 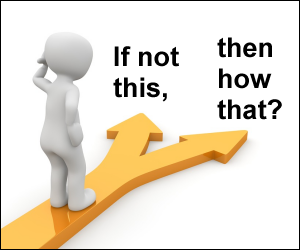 The trucker told us, if the management of this huge transportation company can’t find a temporary replacement for him for the 2 weeks that he plans to be away, how would they find a permanent
replacement for him?

You’d actually leave your trucking job over something like this?

He had been told during orientation that with “enough advance notice” they foresaw no difficulty in approving his time off.

That’s why he submitted his memo in March, to make sure that they had enough time to find someone.

It wan’t going to be his fault that they couldn’t find someone to fill in.

Maybe no one else wanted to work for the money that the trucking company has been paying him.

Of course, it could be considered callous of a trucking company to get down to the wire of a trucker’s intended time off and
then say that it isn’t approved.

Do They Own You? 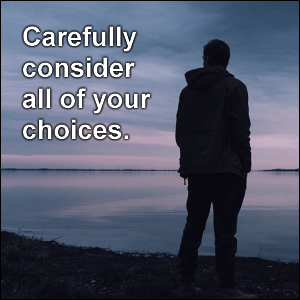 When a trucker works for someone else, he or she is “subject to management approval” at all times, not just during this kind of situation.

The only way to break free from the feeling of having one’s time be “owned” by someone else is to work for yourself.

And that’s not just becoming an owner-operator, either, because even then, you’re still working according to the federal Hours of Service regulations.

Even trucker unions have their rules.

Carefully consider all of your choices.

Money saving tip: Even if you have paid vacation time saved up and have submitted your intention to take it within the specified time frame, be aware of your trucking company’s policies and whether or not your time off is subject to management approval.

If it is possible to plan your vacation without non-refundable flights, car rentals or hotel stays, do so.

If the work environment becomes excessively overbearing, be prepared to walk away.

Trucking companies are hiring intelligent drivers who know that taking a break occasionally is a good thing.

Determine what your “breaking point” is regarding what you will and will not allow a trucking company to do to you.

Don’t become one of the “exploited” truck drivers.

Budget well and save money from every paycheck so that you can start to be financially independent.

If you need a way out, start building a second income so that you aren’t always tied to a trucker’s income and what others decide for you.

Return from Subject to Management Approval: All of Your Time Off to our Trucker Services page or our Truck Drivers Money Saving Tips home page.

Before Year End: What’s on Your Trucker To Do List?

Captain of the Ship Policy and Unsafe Working Conditions