Every fall, the regional trucking company Mike used to drive for had “open enrollment,” a time period when employees could sign up for (or decline) certain “company-offered” benefits such as health insurance, dental insurance, vision care, long-term disability, drug plan, etc. 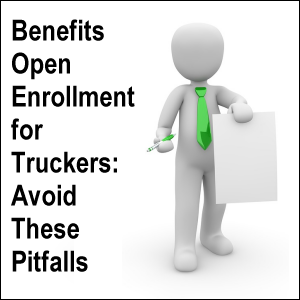 On this page, we share what happened in 2009 when we went through this annual ritual.

We provide some tips about what to look for and what to avoid.

Also, we have provided some links to other sources of information for you to consider.

We know that each professional truck driver’s situation is unique, so please use your own best judgment regarding your selections. 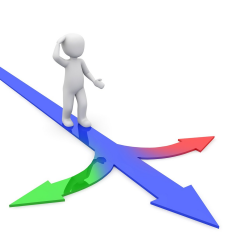 First of all, it should be noted that when trucking companies offer employee benefits (whether or not through open enrollment), most likely they have looked at a number of providing companies, their plans, and their rates — and have pre-selected those from which they want their employees to choose.

The resulting selection may or may not be satisfactory for you personally and you should know that you have choices!

Employees most likely pay for the bulk of their benefits (if not all of them) via payroll deduction.

While it is not our goal to share with you the names of insurance companies with which we would not personally have a policy, we do want to share with you information so that you can be a wise steward of the money entrusted to you.

An Option When Insurance Companies Change 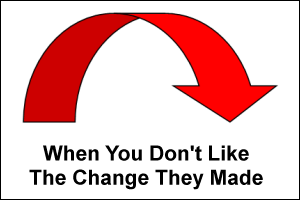 When Mike’s trucking company announced in 2008 that they were changing insurance companies, he knew immediately that he did not want coverage from that company.

So, he went shopping for a new health insurance policy.

We ended up obtaining health insurance through the company whose policy our broker found for us. (Please note that since this page was originally written, the number of insurance companies whose policies our health insurance broker can write for has decreased significantly as a result of “Obamacare”.)

In anticipation of open enrollment, Mike’s company had mailed to all drivers (and presumably all employees) a packet of information detailing

Mike studied his information intently, consulted with Vicki, and knew basically what was good for our family before talking with anyone about changing benefits.

In other words, he was thoroughly prepared before meeting with anyone during open enrollment.

The drivers were told that they must see someone about signing up for benefits that year.

Furthermore, the company sent out a letter informing employees that they would have to pay more for their health insurance than previously.

Even though a trucking company may be paying for a part of a driver’s health insurance policy — and while that sounds noble — that is no reason for a driver to settle for a policy that is not exactly suited for him or her — or his/her family. 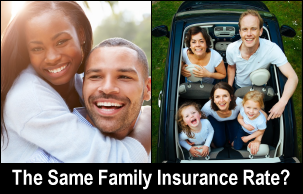 With all due respect to drivers who have dependent children, there are many drivers who are single or have only a dependent spouse.

In our opinion, drivers with dependent spouses — but who don’t have children — should not be forced to pay the same “family” rate as those who do have children.

Mike feels that a two-adult family should not have to “subsidize” the cost of a family plan for those who have children.

Mike mentioned this to someone in the benefits department at his company well in advance of open enrollment, but it obviously fell on deaf ears.

By the time the company’s open enrollment rolled around in 2009, Vicki was riding full-time with Mike.

We happened to be at the company’s home terminal on the first day of open enrollment.

We were sitting in a small lobby with other drivers, waiting for our turn to see a “benefits counselor.”

It was somewhat disappointing (but very eye-opening) to listen to the drivers share their “war stories.”

Not only did we hear them share their experiences on the road, but also of people they knew or were related to who had had health insurance claims denied! 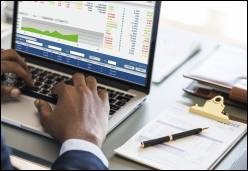 When our turn came, we walked back to the office where the “benefits counselor” was.

The man was dressed in an open-collar polo-type shirt that bore an adhesive label with his handwritten name on it.

Vicki was immediately dismayed because she figured if this guy was a professional, he ought at least to have a professional looking name tag.

However, the man rose, introduced himself and shook hands with both of us.

There were three chairs in the office, the one he was in behind the desk with a laptop computer on it, one to the side of the desk near him and one opposite the desk.

Mike physically moved the chair on the side of the desk around near the counselor so that he could watch everything he did on the computer.

When The Trucker Is Better Prepared 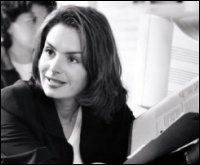 During our time together, it became apparent that Mike knew more about the benefits being offered than the benefits “counselor” did!

In fact, the counselor was so ignorant going into open enrollment that he had to refer to the packet of information that Mike had already studied.

Vicki asked him how the company came to offer the policies and plans that were being offered, at which point he said that the company had pre-selected plans for the drivers to choose from!

(Well, at least he was honest.)

The “counselor” further claimed that the company was offering “the best rates” that were available.

We knew that to be utterly untrue since we already had a health insurance policy that offered better benefits, with a higher lifetime maximum, at a lower cost.

Interestingly, when the “counselor” was going through his checklist of open enrollment benefits, he asked not just once but twice if we were declining the company’s preferred health insurance plan.

We were very clear that we were.

We came away from our time with the man declaring him to be an “enroller,” not really a “counselor.”

Based on our experience, we are sharing some money saving tips with you on what to look for and what to avoid when it comes to open enrollment for employee benefits.

Frankly, we find it rather impersonal for companies to require all of their employees to make sensitive financial and insurance decisions only one time a year during open enrollment.

As insurance consumers, we feel that we should have the freedom to change our coverage whenever we want.

More information about open enrollment is available on other websites: 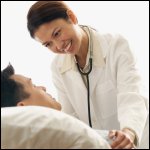 Since this page was originally written, we have gotten rid of traditional health insurance and become members of a “nonprofit health cost sharing ministry through which Christians voluntarily share each other’s medical bills.”

It is an acceptable option under the U.S. Patient Protection and Affordable Care Act (the PPACA, more commonly known as Obamacare).

There is a referral program, so if you would like to know more about this health cost sharing ministry, please contact us and ask.

What about the potential government-run health care?

There is no doubt that some people don’t have health insurance, but there are many reasons for this. One of them is that health insurance is too expensive. We’ve been there. We’ve ditched more than one policy because the premium rose beyond what we could accommodate in our budget.

When we talked with our health insurance broker toward the end of 2009, we once again reviewed our health care options and examined the offerings of various health insurance companies. We noted on one pamphlet how the company offered coverage in many different states. Vicki expressed surprise, saying that part of the debate on government-run health care supposedly hinged on insurance companies not being able to sell insurance “across state lines.” According to our broker, this is a lie.

She also told us that some of her clients — against her express warnings –- canceled their policies in anticipation of government paid health care. She echoed the quote,

Crock Pot Chicken: An Easy Way to Fix Poultry in Your Truck