When operating systems for mobile devices aren’t compatible with Smartphone apps, what should truckers do? 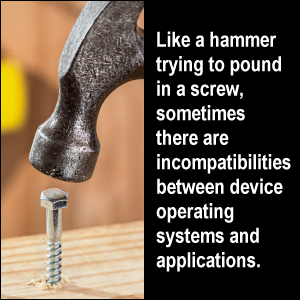 In mid-2015, Vicki attended an online training about using Periscope and attempted to download the app on her Smartphone. Since it is a Samsung device, naturally, it has a Samsung operating system.

However, upon attempting to install the Periscope app, she received a surprising message that read:

“Your device isn’t compatible with this version.”

She looked online to see if there was an answer regarding this problem. 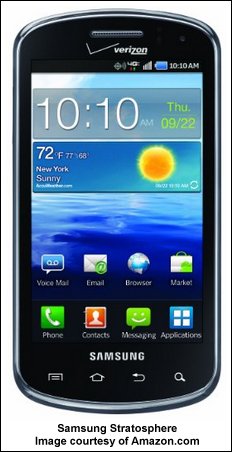 Resources online suggested that users with this problem update their Smartphone operating systems via a series of steps that were easy enough to follow:

However, when Vicki checked for a system update, her phone said, “Your system is currently up to date.”

Thinking that the problem may be just with the Periscope Smartphone app, she attempted to install a couple of other apps.

She received the same lack-of-compatibility message from her Samsung operating system regarding Trello and Wunderlist, the latter of which was named as one of “8 Apps Every Small Business Should Be Using”!

Vicki found a list of mobile operating system discontinued software platforms, none of which applied to her phone.(1)

So she and her husband Mike went to their local Verizon Wireless store to ask what was wrong.

The Verizon representative with whom they spoke said Samsung had chosen not to update the operating system on that device!

Vicki replied that this was basically a case of “forced obsolescence”, meaning that they were going to be forced to get new cell phones whether or not they wanted to! 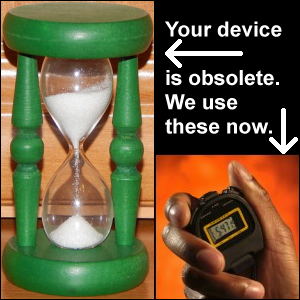 Many years ago, a computer technician installed a hard drive in our at-that-time only computer. It had 545 MB of memory and he said that we would never run out of memory.

Go ahead and laugh!

We now have programs on our computer that take up more space than that.

It just goes to show you that in the world of technology, things change.

We didn’t expect to use our current Smartphones forever, but we never expected for the hardware to outlast the “ability” of the operating system to perform.

And we certainly didn’t expect the manufacturer to stop updating the operating system.

However, in hindsight, we realized that just as

so it might be reasonable for cell phone manufacturers not to keep updating the operating systems for mobile devices beyond a certain number of years.

If you’re having problems installing Smartphone apps on your phone, it may be time to upgrade.

Easy Beef Stew: How to Satisfy a Meat and Potatoes Appetite

the Next EXIT Interstate Highway Guide