Vicki has learned over the years that Mike responds better to positive encouragement than anything else. 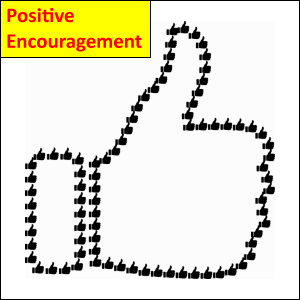 She shares this understanding — as a trucker’s wife about her trucker husband — with the other truckers’ wives in the hopes of building up and strengthening marriages and families with at least one professional truck driver.

Why is this important from a money saving perspective?

There are a number of reasons:

Definitions as a Backdrop for Positive Encouragement 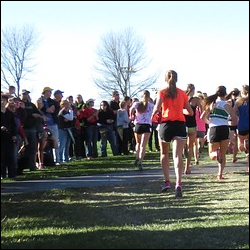 OK, so let’s back up and look at the word encourage.

1. to inspire with courage, spirit, or confidence;
2. to stimulate by assistance, approval, etc.
3. to promote, advance, or foster

After all, isn’t all “encouragement” “positive”?

Not everyone responds to the same “motivational techniques” the same way.

Different people are spurred into action different ways. It is also possible that a trigger that works in one aspect of a person’s life will completely fail in another.

Well, we think that men need both respect and praise, just as women do.

One thing that can help trucking couples and families is to focus on a weekly theme of positive encouragement.

In our case, when Mike had a certain local truck driving job, he needed to have his lunches packed each weekday. 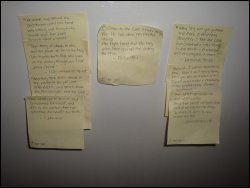 Vicki prepared his lunches with a yellow sticky note containing

She put each note on the lid of his sandwich box so Mike can easily find it.

As you can see from the photo at right, he placed most of these notes on our refrigerator door at the end of the day.

In a truck situation, notes like these could be put on a truck wall (if they will stick) or a piece of paper taped to the wall.

Vicki selected Scripture verses that focus on a “theme of the week.”

The subject had to be big enough to write out at least 5 verses (Monday through Friday).

Most of the time, Vicki looked for recurring words of phrase for the verses she picked.

Other times, she picked verses based on similar situations but using different phrases to describe the action.

Sometimes, if the topic was especially large, she wrote out more than one verse per day. (Bonus verses!)

This small action did a number of things for us:

Positive Encouragement as it Applies to Real Life

There are, in general, two types of topics: positive and negative.

Although there are plenty of positive topics in the Bible — or Bible encouragement — Vicki does not limit herself to those.

She makes sure, however, to focus much more on positive topics than negative ones. 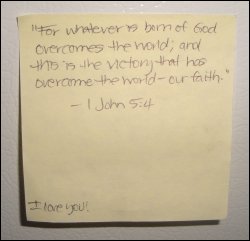 Sometimes, there is something going on in our lives about which Vicki writes out verses.

One week, we were engaged with a group of people where we needed “unity” — so Vicki wrote out verses on that topic.

In order for trucker wives to select Scripture verses like this, they have to know enough about what’s going on in their trucker husbands’ lives on the road.

If you don’t know, ask questions like:
– What was the best part of your day?
– What interesting things did you see in your travels today?
– How is everything between you and your driver manager?

The photo shown here is a sticky note on which Vicki wrote out 1 John 5:4, during the week she chose to focus on the theme of “victory.”

If you’re having trouble finding inspiration, you may want to look for keywords on BibleHub.com, one of Vicki’s favorite online Bible resources.

You can look up Scripture verses in lots of different versions of the Bible on those websites. 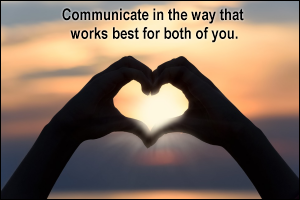 A trucker’s wife (or girlfriend, for that matter) whose trucker husband (or boyfriend, as the case may be) is gone for days or weeks at a time can find a way to make sure that “her man” is encouraged at least once daily.

There are a number of ways to do this. 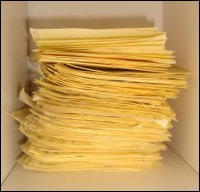 Or perhaps we should say “probably not.”

If your trucker husband (or boyfriend) works the types of long hours that Mike does, he may not make it a priority time-wise.

It is on this point that the husband and wife need to reach an agreement: what kind of praise and feedback do each of them need and want?

Vicki doesn’t require written notes from Mike to know that he loves her.

She sees his actions as a tangible form of his love.

Furthermore, all she has to do is look at the growing stack of yellow sticky notes upon which she has written out Bible verses and “I love you!” to know that she is reinforcing her love to Mike.

By the way, the stack of notes that you see in this picture is just one of the stacks we have accumulated in 2012.

Vicki doesn’t recall the exact date she began to put notes of positive encouragement in Mike’s lunches, but if he works an average of 5 days each week and there are 52 weeks in a year, then that would amount to 260 notes per year!

He Won’t Read My Notes of Positive Encouragement 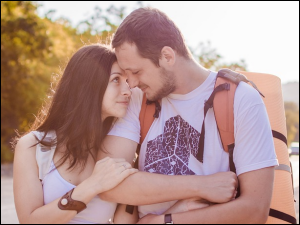 We can just imagine the trucker’s wife who claims that her trucker man won’t read her “silly little” notes of positive encouragement.

Once, Vicki had something on her mind and instead of writing out “I love you!” (with an exclamation point) at the bottom of the note, she accidentally wrote out “I love you?” (with a question mark).

Boy, oh boy! Did Mike ever catch that! He showed it to Vicki after he came home.

She was shocked (how did that happen?) and immediately wrote a very thick exclamation point over the question mark!

Of course, this incident reinforced the point that Mike actually reads the notes Vicki writes for him. That’s good!

Let’s say that the messages that a trucker’s lady writes out are truly positive in nature and that she continually reinforces her love to her man.

Guys chase after gals in their courting days and appreciate a bit of mystery.

So, if the opportunity avails itself (for example, if she has access to his truck when he’s home), perhaps the lady can be clever in where she places her notes in his home away from home.

The first one could be put on his dash: “Since you’ll be gone from home for two weeks, I have hidden 14 notes in this truck for you to find!”

Or instead of individual messages that can be found in random places, perhaps you can make some kind of more elaborate scavenger hunt for him.

The point is to solidify and strengthen your relationship.

You know what kind of positive encouragement your guy needs!

If you don’t know what kinds of things best motivate him, ask him. 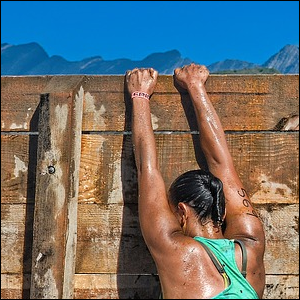 Vicki found out the hard way that some manufacturers of yellow sticky notes are now assembling some versions in zigzag or accordian fashion.

They alternate in how they stick.

This was really aggravating to her.

She likes the style of yellow sticky note where all of the notes have the sticky part in one direction only.

Don’t think that you have to buy an expensive brand of sticky notes either.

If you can buy generic ones at Wal-Mart for less than the name brand version at an office supply store, great.

If you’d rather invest in something a little sturdier (or even reusable) by way of a Bible card or other means of communicating positive encouragement, go for it.

Just make sure there is enough variation and freshness in your notes to keep your trucker man engaged.

Also, if you put a card in a place where it can get damp (like with one of those refreezable ice packs in a lunchbox), be sure not to use ink that can “wipe off” and make a mess.

You can overcome obstacles, hurdles, difficulties, and barriers to get you where you want to be.

According to one article, “contrary to popular belief, when a relationship is in trouble it is men who suffer the most.”

The best depiction Vicki has seen of this is in the movie “Belle and the Beast: A Christian Romance”.

When Craig played a dirty trick to make it look like Eric had Belle’s father fired, the one who seemed to take their “break-up” hardest was Eric!

Of course, the movie is fiction.

But we think that the principle applies in real life.

Don’t give your trucker any reason to obsess over relationships with home support team members back home (or even if you travel with your trucker full-time).

Vicki encourages truckers’ wives to use positive encouragement with their trucker husbands to draw them together and keep their relationships strong.

This is especially important if the trucker is away from home for days or weeks at a time.

Here are some ways to communicate respect.

Here is an inspiring idea for “date night” that can be transformed for spouses who aren’t physically together.

Return from Positive Encouragement for My Trucker Using a Weekly Theme to our Home Support Team page or our Truck Drivers Money Saving Tips home page.

Your Personalized To Do List to Help You Reach Your Goals

TDMST Weekly Challenge: Cloud StorageThe Truck Drivers Money Saving Tips and Inquiries in this video are based upon information available on this page of our site:truck-drivers-money-saving-tips.com/portable-hard-drive/Weekly Challenge Question:Has storing your data "in the cloud" ever failed you -- and if so, how?Please comment below.Thanks.#TruckDriversMoneySavingTips#TDMST#Trucker#Truckers#TruckDriver#TruckDrivers ... See MoreSee Less