Eating out can be expensive for truckers. So, using a Pot-n-Pop hot pot to cook in your truck and save money sounds like a good idea, right? 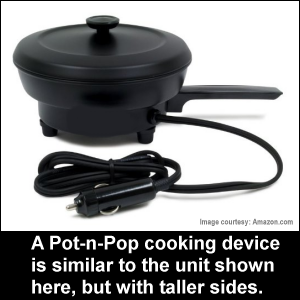 We wish it were.

On this page, we share our extensive experience in using a number of these 12 volt appliances.

Before we begin, we must state that we are coming at this subject with a decided bias.

We believe that any 12-volt appliance should be comparable in quality to an appliance that you can plug into a standard 120-volt electrical outlet in your home.

As consumers who enjoy cooking in our home kitchen, we were used to using quality cooking equipment, including hot pots, crock pots and electric skillets.

We began professional driving in the early 1990s.

This was back in the days before 12-volt inverters and battery-connected inverters became widely available.

Our first experience in cooking in our truck was with a Pot-n-Pop, a basic hot pot with 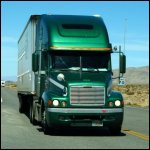 Furthermore, the appliance was designed in a top-heavy manner — wider at the top than at the base — such that it had to be braced when traveling or else risking dumping the contents on the floor.

You may see a photo of one online.(*)

NOTE: We do not recommend that solo drivers operate any hot pots or electric skillets while driving.

We have cooked food in a well-braced crock pot during driving with no
mishaps. 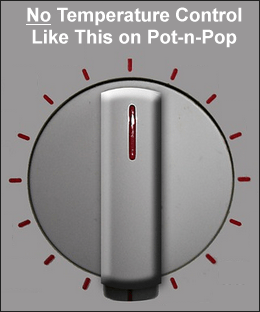 Because the Pot-n-Pop had no temperature control, when it was plugged in, it was wide open all the way to maximum heat.

Perhaps that’s why our first one died after a short period of time.

Then we got a second and the same thing happened.

Well, after running through eight — yes, eight — of these units, we figured out that it wasn’t us.

These 12-volt appliances, while not cheap to buy, were just cheaply made.

Vicki was ready to ship the last four burned out units to the manufacturer but figured it would be an exercise in futility.

We ended up discarding them all.

Only One Happy Memory in Using the Pot-n-Pop

We have one happy memory of using a Pot-n-Pop.

It was during our first winter driving season as professional drivers when the “Blizzard of 1993” struck.

We were forced to park our rig at a couple of different places in Alabama along I-20.

The first was a small convenience store near Knoxville.

It was there that we bought some substantial food.

When the roads cleared a bit, we were able to slowly travel to the Petro in Bucksville.

The blizzard had knocked out the power, meaning that the travel store and restaurant were not operational.

Other drivers had cleaned out Petro’s supply of potato chips and snack cakes.

Meanwhile, for one meal, we had beefy mushroom soup (prepared from a dry packet) and hot dogs.

At another meal, we had hot dogs and baked beans.

This fare may not seem very appealing to you, but compared to what other drivers were eating — or didn’t have — during
those 3 days, we considered that we were eating like royalty.

We used the 12-volt Pot-n-Pop to heat up these meals.

Other than during this one occasion, we had very poor results with these devices and cannot recommend them at all.

Money saving tip: Instead of using any appliance with a 12-volt plug, we recommend using a standard appliance plugged into an inverter (12-volt or battery-connected).

We think you’ll save yourself some grief, heartache and expense.

We recall that when we purchased our Pot-n-Pop many years ago, there was only a 90-day warranty.

Mike found in May 2009 that in at least one truckstop, drivers could purchase an extended warranty on 12-volt appliances.

We urge you to use common sense in shelling out even more money for cheaply made 12-volt appliances.

If something doesn’t seem right to you, steer away from it.

Consider that should you ever wish to use your appliance at home, you can’t plug a 12 volt appliance into a 120-volt electrical outlet.

With an inverter, however, you can use a standard appliance in your truck.

The sole exception might be driving for a company that prohibits the use of appliances that draw more power than a 12-volt outlet provides.

You may find yourself actually saving money buying a standard appliance over the 12 volt kind. Be a wise and discerning shopper.

Disclaimer: The Pot-n-Pop reviewed on this page should not be confused with

Return from The 12-Volt Pot-n-Pop Hot Pot: A Review of Use in an 18-Wheeler to our Meal Preparation page or our Truck Drivers Money Saving Tips home page.

The Truckers Friend: Our Review of National Truck Stop Directory