For a company to make a claim about its products, you would expect substantiation or proof of that claim, right? 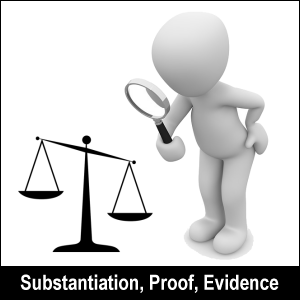 After all, the Federal Trade Commission has advertising principles in place.

Since 2009, we have been standing in the gap for professional truck drivers when it comes to products and services marketed and sold to them.

We are not ashamed, embarrassed or intimidated when it comes to asking hard questions.

We want to know the good, the bad and the ugly about the things that truckers encounter in the course of their work.

We delve into these matters because we

What Prompted Our Writing on This Subject Now? 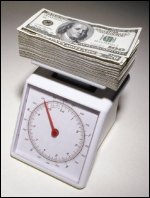 You may or may not be aware that we have a link exchange request form on our site.

We are glad to exchange links with trucking-related (and other) websites that provide value for our readers.

However, just like what we do with our site sponsors, we don’t exchange links with just anybody.

We carefully screen sites based on our own criteria so that we know we’re recommending high quality sites.

Performing this evaluation is what we cheerfully do.

Furthermore, we believe that you have a right to expect this from us as trucker consumer advocates.

For this reason, we do not apologize for being picky when it comes to evaluating trucking-related websites and discerning good value.

In May 2012, we received a link exchange request from the president of a company that makes a certain truck product.

Frankly, the website was very hard to navigate and there were other problems, including the fact that of all the products they offered, only one had any kind of a price listed.

Vicki knew that if she was having trouble finding information on this website, she could never refer you and other truckers to that website.

As a favor to the guy (and at the expense of her time and effort), she provided in her reply a short listing of her observations with the hopes that he would see things from the customers’ viewpoint and make needed changes.

Well, he wrote back and made a claim that his company was the “only” manufacturer of the type of products they manufacture.

That immediately caught Vicki’s attention because something was obviously amiss.

So, she wrote back again and politely (using the word “please”) asked for substantiation.

She wanted to know:

In other words, if he was going to make a claim about his product, product line or company, he should be prepared to prove it and provide substantiation for his claim.

We have depicted this here as weighing a speaker’s claim against the truth.

Notice that Vicki did not say that the man had lied or was a liar.

Indeed, there may have been information about his products that would have made them unique — such as some feature or benefit that no other similar product had — that had neither been put on the website nor detailed in his email.

Vicki was willing to give him the benefit of the doubt.

How could he make the claim he did?

Ways to React When One is Challenged

The truth is the truth.

Yes, there are times when product or service quality 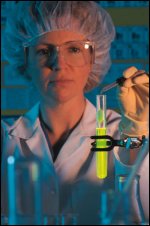 In a laboratory, a technician can test a substance for various things.

For example, there are chemical indicators that turn color when the pH of a substance reaches a certain point.

Since Vicki challenged the statement of the president of the trucking product company — based on her real-world knowledge — then the evidence, the documentation and the substantiation for her questions stood fast.

It was up to him to be able to back up his claim.

There were a number of ways for the guy to react:

Unfortunately, the guy copped a “poor pitiful me” attitude when he wrote back and said that Vicki had been quick to judge with “severe criticism”!

Yep, instead of providing the substantiation for his claim about his company/product, he now made a new claim that Vicki was being critical.

For what it’s worth, the guy never did answer the question and may still be falsely convinced that his is the “only” company that manufactures the products they supposedly make.

Regardless, his lack of documentation and substantiation still stands.

ad hominem: Argument against the man

The term “ad hominem” literally means “against the man.”

As a noun, Wikipedia describes this as follows:

1. (logical fallacy) A fallacious objection to an argument or factual claim by appealing to a characteristic or belief of the person making the argument or claim, rather than by addressing the substance of the argument or producing evidence against the claim; an attempt to argue against an opponent’s idea by discrediting the opponent himself. 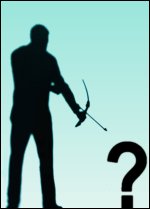 The president of the company objected to Vicki’s challenge that his company was not the only company to manufacture that particular type of product.

Rather than face reality, he accused her of being critical.

This did two things:
– it lowered Vicki’s estimation of the company and its products; and
– it prevented the company’s leader from understanding and answering potential consumer concerns (which could, in turn, lower sales).

Taking This a Step Further

It is reasonable to suppose that if the company’s leadership was that resistant to having this claim challenged before the sale, what would the company do if there was a problem with one of their products after the sale?

We have every right to suppose that such a company would claim that any problem with one of their products was the user’s fault (never their own).

It is these types of products — if we know about them in advance — that we determine to avoid.

You Have a Right and a Duty to Evaluate Claims

From the beginning of your trucking career — perhaps as far back as even thinking about becoming a truck driver — we’re sure you had to determine which choices were right for you.

Even if you didn’t think explicitly about these matters, these questions were most likely in the back of your mind:

Each of them has advertisements.

Where is the substantiation for the claims in the ads? 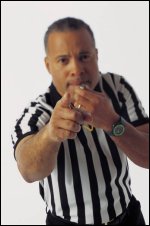 Do you realize that your own credentials — your CDL, MVR (Motor Vehicle Record), DAC report, years of driving experience, special skills, etc. — are your personal substantiation of your ability to drive a truck?

We hope you will apply the same due diligence that you used to obtain your own personal substantiation to requiring it regarding products and services used in trucking — prior to buying and using them.

Just as a referee makes a call about a play, you have a right and a duty to make calls regarding your purchases.

Just because some company makes a claim about its trucker-friendly products does not mean that the claim is true.

Do not be dissuaded from seeking substantiation about claims regarding trucking products or services.

Show Me the Money!

Manufacturers should know their products better than anyone else. They should:
– tell consumers what their products do and how;
– substantiate their claims;
– list product “pros” (and, if necessary, limitations); and
– be transparent with potential and existing customers. 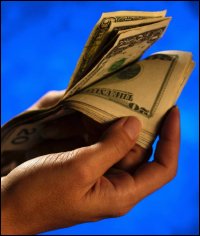 Any truck product manufacturer worth its salt (in our opinion) will also
– deal with consumer complaints head-on;
– apologize for problems and fix them at their expense;
– get consumers to test their products in the “real world” (inside a truck) to make them better; and
– ask for customer feedback or input so that the products can be made better and better.

When these matters are addressed, then consumers feel that their needs, wants and desires are being taken into consideration.

That’s when the money follows.

Before we started our website, there was a shocking lack of truck product reviews.

We have changed the landscape in that regard by providing our website as the place where professional truck drivers can provide detailed product reviews of truck products (and services).

In fact, we openly ask truckers to provide reviews of products they have used.

Our first product review was a “rant” about an inferior truck product because we wanted to warn others that it was not a good value.

Although we don’t think this product is manufactured any more, a walk through almost any chain truck stop will show that there are still products like them on the market.

Have you noticed that manufacturers of some truck products don’t even have to make claims about them?

They can put these products for sale in places that truckers are likely to shop and expect them to buy because there are few (or no) alternatives.

As an example, in the days before inverters became widely available, the choices that truckers had for cooking in their trucks were very limited.

Examine the boxes of some products you see for sale in some truck stops.

Count how many claims or guarantees (and any related substantiation) you see on the packaging.

Why would a company not make claims or guarantees about its products?

Or why would a company offer a very short warranty period? 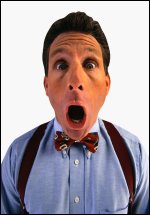 Well, without a claim or guarantee, when customers aren’t satisfied, a company doesn’t have to make things right.

You’re just out of money and out of luck!

We can imagine them saying under their collective breath,

“Well, we never claimed that our product could do that, so we aren’t responsible if it doesn’t perform.”

Or, in the event of a very short warranty period, we can imagine them saying,

“Yes, we know our product is cheap. If it doesn’t last longer than 90 days, that’s not our problem.”

Does this shock you?

If manufacturers make a claim, they are required to have substantiation.

We urge you to test their assertion(s) of truth!

If you’re having difficulty learning how to think critically about products or services prior to purchasing them, you may be interested in the article entitled “7 Steps to Improving Your Critical Thinking,” which we think is excellent.

If you know of a manufacturer who has made a claim about their truck product or service without substantiation, we want to know.

Please think well enough of your fellow truckers to help prevent them from falling into a financial pit — by speaking out.

Please submit a product review on the specific product, the claim or guarantee, and what could not be substantiated.

Money saving tip: On many websites such as Amazon.com, you can see an at-a-glance quality rating revealed in the number of stars given to a product by those who have supposedly used it. 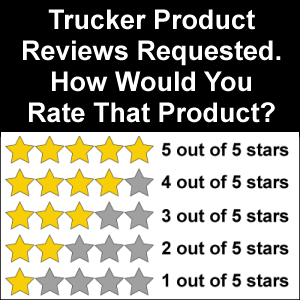 Since some products have a range of star ratings (usually on a scale of 1 to 5), it is even more instructive to read the written reviews regarding product attributes and qualities.

If you haven’t ever looked for this kind of system before, familiarize yourself with it.

Note that some products — new or used — are sold in “as-is” condition, meaning that there is no warranty for future performance.

Some of these products may be considered a bargain; others are of second (or lower) quality.

With some as-is sales, look for disclaimers, exceptions and policies with wording like