Have you ever wondered what makes an “ideal” student driver and truck driver trainee? 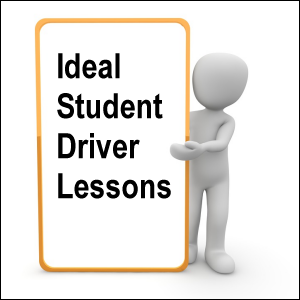 Some of our classmates were extremely memorable.

While the amount of truck driving experience among us varied, it was the attitude of the students as displayed in their behavior –- both in and out of class — that we remember and from which lessons can be learned.

Among our fellow student drivers and truck driver trainees were:

In the end, “walking the walk” outshines “talking the talk” every day of the week.

The attitude that you display in truck driver training school is a strong indicator as to whether or not you will succeed as a professional truck driver.

Here is a snapshot of specific student drivers and truck driver trainees with whom we attended truck driving school. 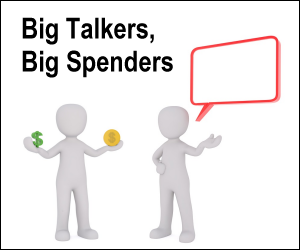 The Davis brothers. These guys were big talkers and big spenders.

They strutted around and bragged on how they spent their “allowance” from truck driver training school on entertainment.

Consequently, when they didn’t have money for food, they had to beg and borrow.

Their big talk in class did not translate into skilled driving on the driving range or on the road.

We speculate based on their behavior that they may have landed trucking driving jobs, but probably didn’t last long and may have had problems paying off their student loans.

We could easily imagine the younger brother (who was more conceited) getting in trouble with a fellow driver or a law enforcement officer.

A huge dose of humility would have helped these guys.

(For your convenience, we are linking to or listing products on this page from Amazon.com, with which we have an affiliate relationship.)

Tony. This middle-aged man was determined to do well and did.

Months after graduating from truck driver training school, we crossed paths with him in Nevada.

He was driving for Werner.

We had given him the nickname “The Candy Man” in truck driver training school because of his propensity to give away Werther’s Original hard candies.

We wouldn’t be the least bit surprised if we read one day that he became a Goodyear North American Highway Hero Award Winner. 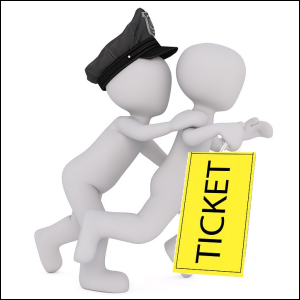 Morris. He started out sitting directly behind Mike, but a couple of weeks into the program he was no longer in truck driving school at all.

It turned out that he had gotten a traffic ticket in New Jersey years before and had simply ignored it.

But that didn’t mean that the ticket went away.

The longer he ignored it, the higher the fine became.

We recollect that it was going to take well over $2,000 for him to settle up.

He would not be able to return to truck driver training school until he got that cleared up. (Ouch!) 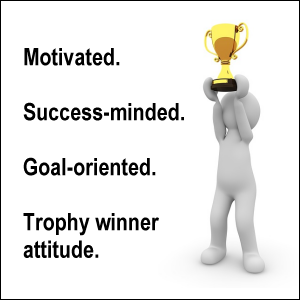 Joe. He wanted to drive a truck locally, not long haul.

He was an excellent and motivated student.

He was sociable, mild-mannered and could carry on an intelligent conversation.

As we recall, he wanted to drive a Class B truck, but had to go to school even for that.

Once he got his Class A CDL, he was qualified to drive Class A, Class B, and Class C trucks.

We speculate that he became employed with the company of his choice and did extremely well. 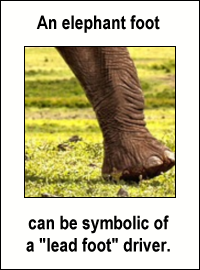 The “other” Mike. This party animal should never have been allowed to enter truck driving school because his DMV record was as long as your arm.

Not only did he have many violations on his driving record but he got a speeding ticket while he was in truck driver training school!

While he received a certificate of completion from the school, the last time we saw him, he was in the beginning stages of being hired by Swift.

He was doubtful — based on something he’d heard said about his driving record — that he would actually be hired.

He spent his allowance during the time he was in truck driving school on going to bars and we wonder if he ever paid off his federal student loans.

Student Drivers: The Young and the Motivated

Eric and Calvin. They were both conscientious and motivated students who were even-keeled and level-headed.

Eric had a good sense of humor.

We speculate they both did very well as professional truck drivers.

Steve. Have you ever heard of the phrase “a deer caught in the headlights”?

That’s what he was like on that very important day.

The truck driving school range instructor had driven the truck and parked it on the shoulder of an I-26 on-ramp.

Steve was supposed to drive the truck from the on-ramp onto the interstate and then park on the shoulder of the next off-ramp.

But he never even made it to the interstate, as he completely froze up.

Immediately, the instructor told him to stop the truck.

Lesson: if, while you are in truck driver training school, you can’t even control a truck on the interstate — where the lanes are much wider — how in the world are you going to navigate the truck while driving in the city?

Student Driver: Washed Out of School Because of Drugs 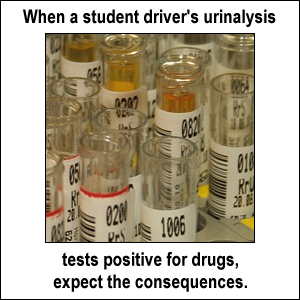 Johnny. This loud-mouth showoff didn’t count on the fact that before being allowed to drive the trucks at truck driving school, he would be checked -– along with every other student in our class — for controlled substances.

While in truck driver training school, he used some of his allowance on drugs.

When his drug test showed positive for crack cocaine, he was expelled.

A phrase became attributed to him that was modified from part of our pre-trip inspection, which is available through our Free Downloads page.

We were supposed to look at the lug nuts on the tractor and trailer to make sure that they were not “cracked, broken or missing.”

When it came to Johnny, because of his drug use and expulsion, it was said of him that he was “cracked, smokin’ and missing.”

(Incidentally, a professional driver is subject to undergoing a random drug screen at any time.) 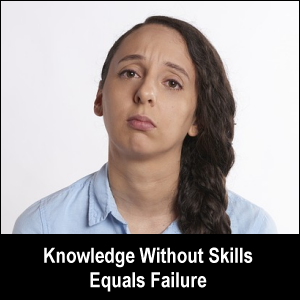 “Elmer Fudd.” This nickname was applied to a student driver who was not in our class (and whose name we did not know).

He occasionally showed up on the driving range while we were students, in order to practice for his CDL road test.

We understood that his father wanted for him to be successful at “something” and thinking that truck driver training school was the avenue for that success forced him to go.

Unfortunately, when it came time for “Elmer” to complete his road test, he just couldn’t do it.

The rumor flying around was that he had attempted to take his CDL road test many times.

Although he was motivated and determined, there was just a disconnect somewhere in his ability to successfully drive a heavy truck.

Lewis. He was middle-aged, mature and ready for a career change.

Having an over-sized belly did not stop him from getting behind the wheel of a truck and doing everything within his power to succeed.

He applied himself wholeheartedly to the task of learning how to be a successful trucker.

Without being rude or crude, he was straight forward and matter of fact in his conversations.

At a minimum, a student driver or truck driver trainee must have both knowledge and skills to obtain one’s commercial driver license and then a truck driving job.

However, to be a successful professional driver, one must be conscientious, disciplined, determined, and possessing a good sense of humor and good attitude to survive life on the road.

Try to look for the positives even in every negative situation.

The one thing that a professional driver can control is his or her attitude.

The attitude that a person has — first as a student driver or truck driver trainee and then as a professional driver — can be the difference between success and failure.

Truck Driver Trainees: Advice About Confrontations on the Road?

Mike specifically recalls a time when he was confronted by another truck driver at a truck stop in Florida.

The guy was taking up an offense for yet another driver whom he felt had been cut off at the fuel pumps.

Mike had waited his turn to pull into an open fuel bay, but when the driver in front of him didn’t pull in when the next bay became open, Mike took the opportunity to do so.

When Mike went inside the building to take care of business after fueling, the confronter grabbed the front of Mike’s shirt.

Mike just backed away with his hands up, indicating that he wasn’t willing to get into a fight over the matter.

This was not something that he learned as a student driver or truck driver trainee.

But it was the most reasonable course of action.

After all, didn’t the driver who supposedly lost his turn at the open fuel bay that Mike pulled into end up pulling into the next available open bay?

This was an example of how having a good attitude on the road averted a potentially dangerous situation.

Student Drivers: Classroom Instructor Knows the End from the Beginning

On the last day of our truck driver training school course, we were talking with Roger, our classroom instructor.

We asked him for his opinion about how we would do as professional drivers.

He said that he knew the first day he saw us in his class as student drivers that we would do extremely well.

Years later, we went back to the school when we were in the Charleston area, to report to Roger our success.

Although he had passed away, we figure that whenever he thought of us, he smiled.

Money saving tip: Everyone has a unique personality, a set of gifts and talents, and a way of thinking.

Knowledge and skills can be learned; behavior can be modified.

In January 2014, the U.S. Department of Labor’s Occupational Outlook Handbook underwent a change in which it split truck driving into two sections:

For both groups of truck drivers, the Department lists

Do not waste your time, money or effort seeking to be a student driver or truck driver trainee if you are not willing to follow through

Distracted Driving: Beware of Attention Diverters That Can Be Fatal

A Team Driver Guide: Before You Become Part of a Trucking Team