The trucking company moved a driver to a vehicle with a lower maximum truck speed and poorer pulling power. 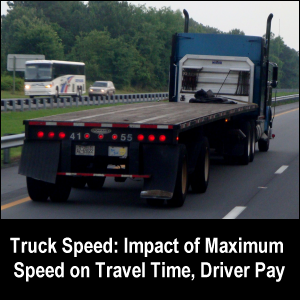 Then they had the audacity to suggest that the driver was wasting time when it took him longer to do his work!

Who was “winning” in the process?

We took it upon ourselves to make a few calculations (with a few assumptions built in).

If you decide to personalize your calculations, please note that your results may be different from ours. 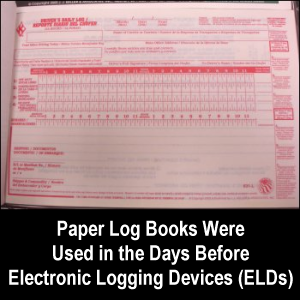 When we drove for Swift — in the days when they speed-limited the trucks to 57 miles per hour — we figured that as a transcontinental team, our average speed including all stops was about 43 miles per hour.

Note, that was for a coast-to-coast team at the time.

The driver described above runs locally within a radius of about 200 miles, so the amount of stopping, in-city driving and waiting on customers increases dramatically.

Until his logs are examined, we will not know the exact percentage of maximum speed he had in his old truck or has in his new truck.

However, we’re going to hazard a guess that it is around 60%.

That’s a difference of 5.4 miles per hour average speed.

Let’s find out how much extra time it will take the driver to drive the same distance with reduced truck speed, based on our assumptions. 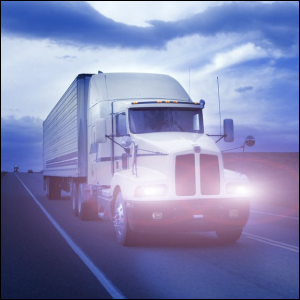 Farther down in that same article, we read that the cost of fuel surpassed (at that time) the cost of labor as the biggest expense for some carriers.

So let’s see if that’s true in this case.

Where does the savings in fuel cross the line with respect to driver pay?

We have already shown that it takes better than 49 minutes extra for a driver to drive the same number of miles in the slower truck as shown above.

Unless the local driver is earning $38 per hour, the company should save money by cutting back on truck speed.

Money saving tip: For the truck driver being paid by the mile, reducing truck speed equates to a pay cut — because he/she is paid according to the most miles he/she can drive in a driving shift.

Only until driver pay is increased will this be off-set.

Travel time to go the same distance is lengthened when speed is reduced.

On the other hand, it takes away from “home time.”

Finally, an owner-operator should take into account not just the fuel savings from cutting back on truck speed, but also other effects (such as wear and tear on the engine and tires).

Each truck has its own “best” maximum speed and we encourage you to find out what that is.

On GPS for Truckers: When GPS Routing Leads to Truck Accidents