A trucker was forced to put his rig out of service when his trucking company failed to act in time to keep the trailer both safe and legal. 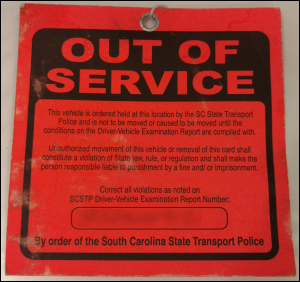 It was a “showdown” that should never have happened because previously

The following communication — except for the bracketed information that was removed — is exactly what the trucker sent by email to his trucking company supervisor on the Sunday morning before the Monday when he suspected he was going to have to shut down his truck or put it out of service.

Trucker’s Email [Without Specifics in Brackets]

[Mechanic’s name] at [Trucking company’s name]’s [Terminal location name] told me to my face on Friday, April 4, in the presence of [Another mechanic’s name], a mechanic, that the current brake shoes on the rear axle of trailer [Old trailer number] are “at the end of their useable life.” He also added, “It’s your license.”

This is not only a safety issue, but a legal issue. As “Captain of the Ship,” tractor [Tractor number] is not going out with a trailer until I am satisfied that every part of my rig is in good working order. I stand behind
* The Federal Motor Carrier Safety Regulations “§ 392.7 Equipment, inspection and use” and
* [Trucking company’s name]’s own company policy.

I am also protected by the Federal Surface Transportation Assistance Act (STAA).

As you know, I first made you aware of this situation on March 21, after having been told on March 19 by [Mechanic’s name], a [Trucking company’s name] mechanic, that there were only 2 weeks’ worth of useable life left on the brake shoes of the rear axle of trailer [Old trailer number]; therefore, you have had plenty of time to make sure that my rig is in compliance, as well as being safe and legal by Friday, April 4.

Although I am CCing [Two parent company managers’ names] of [Parent company’s name], and [Names and titles of three trucking company people], I am doing so in an advisory capacity only.

Please do not force me to go to the unpleasantness of going over your head to make sure that my rig is in compliance with federal regulations, and is both safe and legal.

Our Reaction to the Trucker’s Out of Service Move

We applaud this trucker for several things:

How Did the Trucking Company Respond? 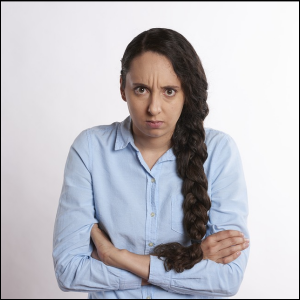 You had better believe that the email that was sent and the stand that the trucker took both got attention!

Following the receipt of the email, the trucker’s supervisor two levels up wanted to talk with him on the phone.

This supervisor was not at all pleased that the trucker had CC’d managers within the parent company!

The trucker thinks that the manager was embarrassed that the situation had been allowed to go this far.

The trucker later found out that three levels of managers in both the trucking company (including the embarrassed one) and the parent company had all been made aware of the problems with this truck weeks before!

Furthermore, the trucker had written down the problems so that there was a “paper trail” to fall back on.

This “putting things in writing” method of communication had been learned the hard way some time in the past because a parent company manager (who was no longer with the company) had had a bad habit of saying that things that were “told” to him had never been said.

It was at that point that those who reported to him knew to create a paper trail as a back up. 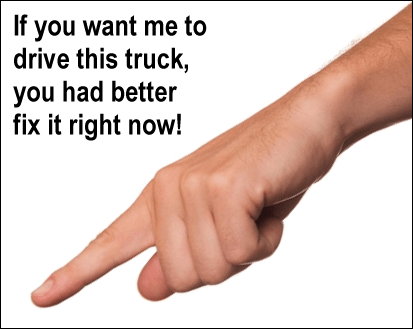 The trucker showed up at his terminal on Monday morning, ready to work as usual but knowing that his truck could not be driven as it was.

Because the trucking company was not going to put brake shoes on an old trailer, the trucker was forced to put it out of service.

He staged a showdown.

The customers whose product was on the trailer with the worn out brake shoes did not receive their orders that day.

Previously, the trucking company had promised that new trailers were going to be coming in by the end of the month (about 3 weeks in the future).

But the very day that the trucker put his old trailer out of service, he was instructed to drive to another terminal within one day’s drive and bring back another trailer.

Why hadn’t the trucking company just done that to begin with instead of forcing the trucker to put his rig out of service?

All parties at the parent company stood by the trucker.

It was the trucking company which had egg on its face for not acting in a timely manner.

The trucker had made it clear during orientation with the new trucking company that he had a drivers legal plan.

Was this what caused the trucker to be vindicated on all sides, such that no threats were ever leveled against him?

The trucker stated that he lost the pay associated with miles and drops that day, but never again did anyone in the trucking company treat his needs for preventive maintenance, truck parts or tools and equipment lightly.

Money saving tip: You are responsible for the rig that you drive. Never drive a truck when something on it is illegal or out of compliance. Make it both safe and legal.

Keep a written record of when you have maintenance done on your truck.

If you as a trucker are driving a company-issued truck and you suspect or know that it needs maintenance, stand firm in your resolve not to move the truck until it is roadworthy.

If you have to stage a showdown and put your truck out of service to make your point, do so!

Do not be intimidated. The STAA is there to protect you in matters like that.

If you take a rig out on the road that you know is not safe and legal — and you are involved in an accident — not only could you lose your job, you could also lose your trucking career.

Is that a price you’re willing to pay?

Return from Out of Service Truck: Trucker Stages a Showdown to our Truck Operations page or our Truck Drivers Money Saving Tips home page.

Truckers Wages and the U.S. Senate

Safely Back Up Your Tractor Trailer; Truck Backing Situations