The one night each year that Mike Simons doesn’t want to drive a big truck is New Years Eve (December 31 going into January 1). 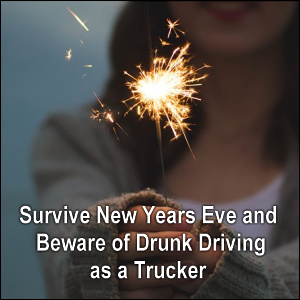 The reason for this is because of the potential for people who have been partying to have consumed too much alcohol and therefore engaging in drunk driving.

He’s not the only one, as the CBS News affiliate in Atlanta reported: “It’s one of the deadliest nights of the year for drivers.”(1)

Of course, driving under the influence — whether from alcohol, drugs or something else — can happen any time of the year, not just New Years Eve.

We specifically remember these two cases when we were team driving.

These two incidents point out that driving under the influence is not confined to New Years Eve. 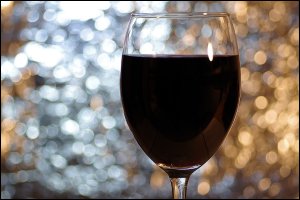 In 2009, Forbes published a list of the “Most Dangerous U.S. Holidays“, at which point, New Year’s Eve was 6th on the list.

Accidents and collisions can take place at all hours of the day and night and not necessarily due to alcohol.

However, on December 28, 2016, the Insurance Institute for Highway Safety (IIHS) wrote,

“Jan. 1 is the deadliest day on average for alcohol-related crashes involving a motor vehicle, pedestrian or bicyclist, a new Insurance Institute for Highway Safety analysis shows.”(2)

Whether it is New Years Eve or not it would do us well to know or review the following. 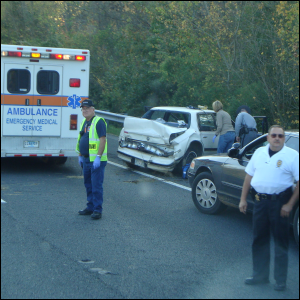 We are listing here in categories of our choosing the signs or indications that someone is driving drunk. 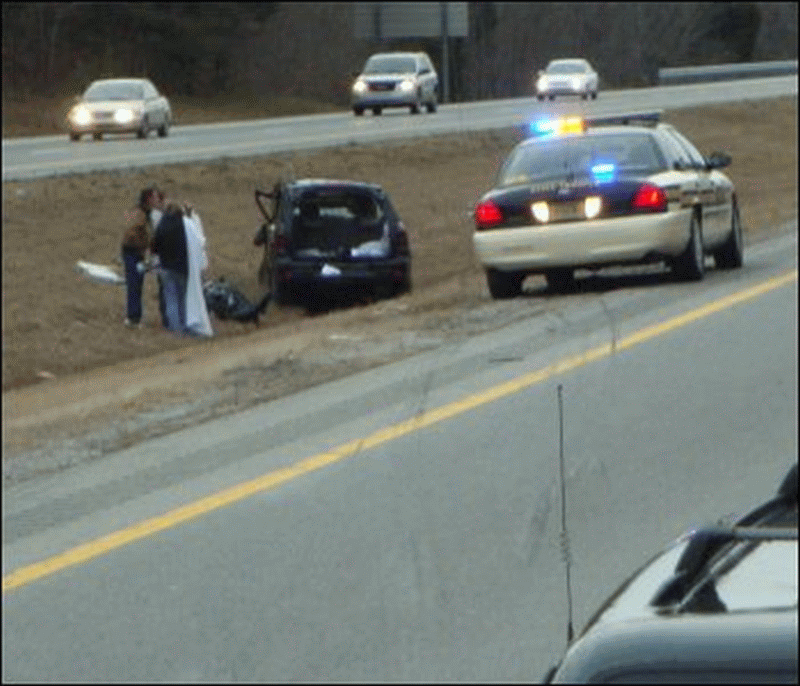 Do you see the marks on the road in this photo?

This may or may not have been a drunk driving incident but it is obvious that the vehicle is somewhere other than where the driver intended.

Incidentally, this photo was taken on December 30, 2009, one day before New Years Eve.

Whether it happens on New Years Eve or not…

If You Encounter a Suspected Drunk Driver

Some drivers who are involved in drunk driving walk away from the wrecks.

Others are carried off in ambulances or body bags.

You are probably aware that professional truck drivers are under more scrutiny than the general motoring public.

They can call law enforcement to report what they consider to be an impaired trucker driving even though the professional driver is not impaired. CDL holders can undergo random drug tests at any time. So be prepared.

If you’re involved in a collision while driving a commercial motor vehicle — whether or not you’re at fault and whether or not it is New Years Eve — more than likely you will be required to take a post-accident Breathalyzer test or undergo a urinalysis test or both.

If you “blow” anything other than a “0”, you may be found at fault and you may lose your job as a truck driver.

Other ramifications could result in loss or suspension of your CDL, rendering you jobless.

Many groups of law enforcement officers step up patrol of roads during the holidays (including New Years Eve) because of the potential for drinking and driving.

It goes without saying that you should never ever drink alcohol and drive a commercial motor vehicle.\

Still, some truck drivers persist in doing it, as one article from the Chicago area reported — after the crash.(3)

The practice isn’t limited to the United States either, as another article from India reported. Not only did these drivers drink, but they got drunk in the process!

You cannot control the actions of others but you can control your own. Make sure you are not impaired when you drive. And watch out for other drivers who are impaired.

Money saving tip: Know the times of the year that are most likely for people to drink and drive (including but not limited to New Years Eve).

If possible, limit your professional driving on those dates.

Review the potential actions taken by those who are intoxicated — or driving under the influence — so that you can avoid being involved in an accident.

Never operate your commercial motor vehicle while or immediately after drinking alcohol.

If you feel that you must drink alcohol and travel, either arrange for a non-drinking friend (a designated driver) or a taxi to take you where you need to go.

Remember that your CDL is your ticket to your future in commercial driving and that you need to protect it.

Return from Survive New Years Eve and Beware of Drunk Driving as a Trucker to our Truck Operations page or our Truck Drivers Money Saving Tips home page.

Truck Curtains “Sticky” in the Track? Help Them Slide Again