There may be an overlap between truckers software and trucking software, but we generally separate the two on this basis for professional truck drivers:

The Necessity of Truckers Software

More and more professional truck drivers are taking their laptop computers with them on the road.

This may require accessing accounts online, perhaps through Internet on the road.

Note: If you use your computer to access the Internet, protect your data by making sure you have an appropriate firewall in place as well as up-to-date software for protecting your computer against viruses, spyware and other malware.

On this page, we’re going to cover the issue of truckers software, costs to upgrade and potential alternatives from a money saving perspective. 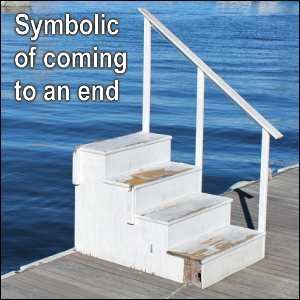 Here’s what prompted this page:

Back in 2010, we purchased and installed Quicken Deluxe 2010 on our laptop computer.

We were informed by Quicken that on a certain day in 2013, the One Step Update function in that program would cease to work.

Mike said that their End-User License Agreement or EULA specifies this.

In order to continue using One Step Update in that program, we would need to upgrade the software.

But did we want to do that?

In a 2009 article entitled “Is Quicken at the end of the road?” the author listed reasons why Quicken products are dying, one of which is:

Quicken’s enforced upgrades: Quicken “sunsets” its desktop applications every three years. If you’re using an older version of Quicken, it will still function on the desktop, but its ability to access online information, like stock prices and bank balances, will end. Intuit does this so it can focus its development and maintenance on newer versions and shifting standards for online financial services, I’m told. Skeptics believe it’s so Intuit can squeeze upgrade dollars out of locked-in users. Regardless of the reason, it angers users who are forced to upgrade their software even if they’re satisfied with it. …

Check out the Terms of Use and EULA for Quicken.(1)

We have never liked being forced to upgrade software and evidently others feel the same way.

By way of background, for a number of weeks, we had been experiencing difficulties in getting one of our online accounts to update when using One Step Update in our Quicken program. Because of this, Mike was having to manually update info for that account. This situation was taking place before the software “sunsetted” that function. 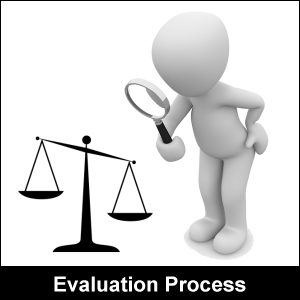 Some questions naturally arose about a forced upgrade of this piece of truckers software:

For what it’s worth, the reviews that Quicken Deluxe 2013 has received on Amazon.com to date (mid-January 2013) have been so pitiful that we’re not going to link to them here. You deserve better than 1 or 3 stars out of 5. 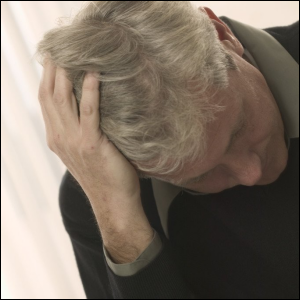 Most of the questions above can also be asked about other types of software for truckers, not just personal financial software.

These categories include, but are not limited to: browsers and Internet software; communications programs; photo, video and graphic design programs; educational and entertainment software; games; audio, .mp3 and sound programs; operating systems; security programs; and utilities.

Whenever new products are released, it seems there are almost always bugs to be worked out.

Frankly, we are disappointed that Microsoft Windows operating systems issue “updates” at all.

An author at ZDNet.com wrote, “…honestly, is there any hope that Microsoft will ever fix the bottomless pit that is Windows Update?”

When we were looking to access the Internet for the first time in the mid-1990s, we were forced to upgrade to a newer Windows operating system.

We have since had to upgrade operating systems twice, once to Windows XP and again to Windows 7.

The situation with Windows 7 was foisted on us when the laptop computer we were using on the road in the second half of 2010 started acting up.

We ended up buying (at a Wal-Mart on the road) a new Dell laptop that came with pre-installed operating system and office software — neither of which was on an accompanying DVD or CD.

Vicki was so used to using Windows XP that she originally hated Windows 7.

Both of us had such difficulties in setting up Windows 7 in a way that worked well for us that we ended up having to start over with a fresh installation of software over the pre-loaded stuff. 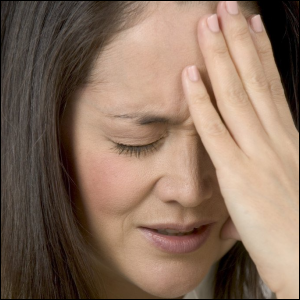 That meant that we had to invest in both

To add insult to injury, we couldn’t find the box containing the personal financial software package that we had put in self storage when we went on the road full-time in 2009.

(Perhaps it was stored in the back of our storage unit, way at the bottom!)

So, we were forced to buy a newer version of that piece of truckers software, too.

That was three expensive software programs that we had to buy right in a row! Argh!

Do I Have to Upgrade Older Truckers Software?

What if you’re not having issues with your computer or older versions of truckers software? What if everything seems to be perking right along?

Users with older computer programs will need to decide between these options:

If you stick with an older version of truckers software, occasionally, you may need to make adjustments to read files created by others on newer computers or using newer software.

She has a friend who had upgraded to the newer program, which created files with the default “.docx” file extension.

She ended up having to find, download and install a “patch” to read those files.

This whole issue of needing to upgrade software raises an interesting point: Is there a better way? 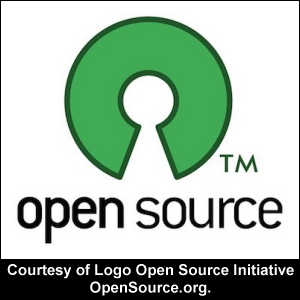 We have come to appreciate “open source software.”

Open source software (OSS) is computer software with its source code made available and licensed with an open source license in which the copyright holder provides the rights to study, change and distribute the software to anyone and for any purpose. Open source software is very often developed in a public, collaborative manner.

We first learned about open source software in 2009, when we were having lots of problems with the Microsoft Internet Explorer (MSIE) browser software crashing on our computer.

We found Mozilla Firefox to be an excellent free and open source browser — and used it until Version 57, Quantum, was released

Not only did Quantum look different and act different, but it completely messed up our ability to use some of the software on our computers!

At that point, we were forced to start using Google Chrome, which is not open source.

One open source product Vicki doesn’t like is OpenOffice.

She tried it and never could get used to the differences in the word processing program as compared to MS Word.

It took Vicki a long time to get used to many of the vast changes in MS Word 2010 as compared to previous versions of the software.

Even in 2013, she still has to research how to do some tasks that were more straightforward in older versions.

An excellent improvement to the Word and Excel programs in Microsoft Office 2010 (at least from Office 2003) is allowing users to save files as .pdf documents.

A 2005 ComputerEconomics.com article states that the most important advantage in the use of open source software (of the 5 options given) was “less dependence on vendors.”

The second most important was “lower cost.”

In 2010, PCWorld.com listed “10 Reasons Open Source is Good for Business.”

Of course, one comes back to the issue of upgrading open source software on individual computers each time a new version comes along.

This may or may not be problematic. 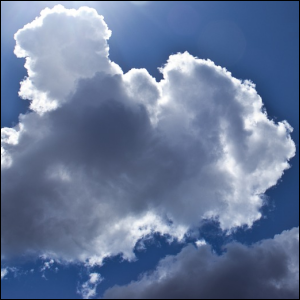 Instead of continually relying on truckers software programs, some truckers are utilizing “cloud computing,” a term that TruckingInfo.com says is still evolving, but which MassLogics.com used to call “Web based trucking software.”(2)

Until now, software applications came in one form — programs — that installed on your computer’s hard drive and were updated with manual data inputs. Recently, however, a new phenomenon has begun to show up in the computer world — cloud computing. Instead of installing on your computer’s hard drive, the user of a cloud application will access their account via the Internet by logging into their account and entering relevant information online.

The “Internet for Beginners” About.com author says: “‘Cloud Computing’ is a somewhat nebulous term to describe users ‘renting’ or borrowing online software instead of actually purchasing and installing it on their own computers.”

Is “Free” Truckers Software the Best Way to Go?

If cloud computing isn’t for you and if you’re looking for free accounting software for truckers, you may be able to find it. 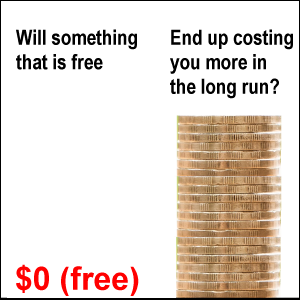 But will it end up costing you in the long run?

“How can free software for truckers cost me in the long run?” you may ask?

Too many truckers have relied on free or lower cost truckers map software, GPS units or services and wound up in trouble with low clearances.

Which Truckers Software Solution Did We Choose?

We started out on this page by describing the “sunsetting” of a function in Quicken 2010, the personal financial software we’ve been using for over 2 years.

As of this writing (mid-January 2013), we still haven’t arrived at a conclusion about which way we will go.

However, Vicki has done some research on possible alternatives.

Although we certainly don’t recommend these resources, we are providing them as a courtesy:

Although Mint is supposedly secure, we’re nervous about putting our personal finances online.

If you’re a professional truck driver who is using Mint, we would very much appreciate your service review to find out what you like and dislike about it.

Money saving tip: Evaluate all of your options when it comes to truckers software upgrade “requirements.”

See if there are open source, cloud computing or free or lower cost alternatives that keep you from having to spend money on upgrading software.

When it comes to protecting your computer from spyware, malware, worms, Trojan horses and the like, be very careful about relying on free software programs — especially if you have your financial account information on your computer.

Evaluate the upfront cost of truckers software or cloud computing service in terms of the time that it would take you to do the same tasks yourself.

You may choose to think of this in baseball terms as the difference between a human pitcher and a pitching machine.

The former can’t throw as tirelessly as the latter, but the machine can’t get “sore muscles.”

Regardless of which route you take, don’t forget to back up your data regularly.

Even though you may be computing “in the cloud,” it is one of those ugly facts of life that sometimes hard drives crash.

(For your convenience, we are linking to or listing products on Amazon.com, with which we have an affiliate relationship.)

Return from On Truckers Software: Should You Upgrade Software? to our Trucker Services page or our Truck Drivers Money Saving Tips home page.