For company drivers who want but can’t have in-truck climate control, here’s a proposition that we imagine can be made between them and the trucking companies for which they work — if the appropriate legal agreement can be put in place ahead of time. 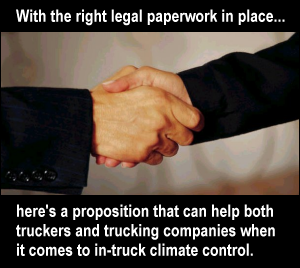 It would be best, of course, if the company driver so desiring to undertake the enterprise can pay for his or her part up-front so as not to incur any debt.

We have already discussed how drivers can sleep better by adjusting their sleeping environment, such as through controlling the temperature.

Better sleep means that drivers will feel more rested and be better able to concentrate on doing their jobs.

We understand the desire to want to improve air quality and understand that lawmakers often pass anti idling laws to try to achieve this.

We also believe that anti-idling laws will come at a cost to some drivers’ health if they have to stay in hot trucks in the summer and cold trucks in the winter.

We have also covered the huge costs associated with idling a truck.

Simply multiply the idling rate (usually around 1 gallon per hour) by the cost of diesel used during every rest break to find just the fuel costs (not to mention wear and tear on the engine) associated with this form of climate control and electrification. 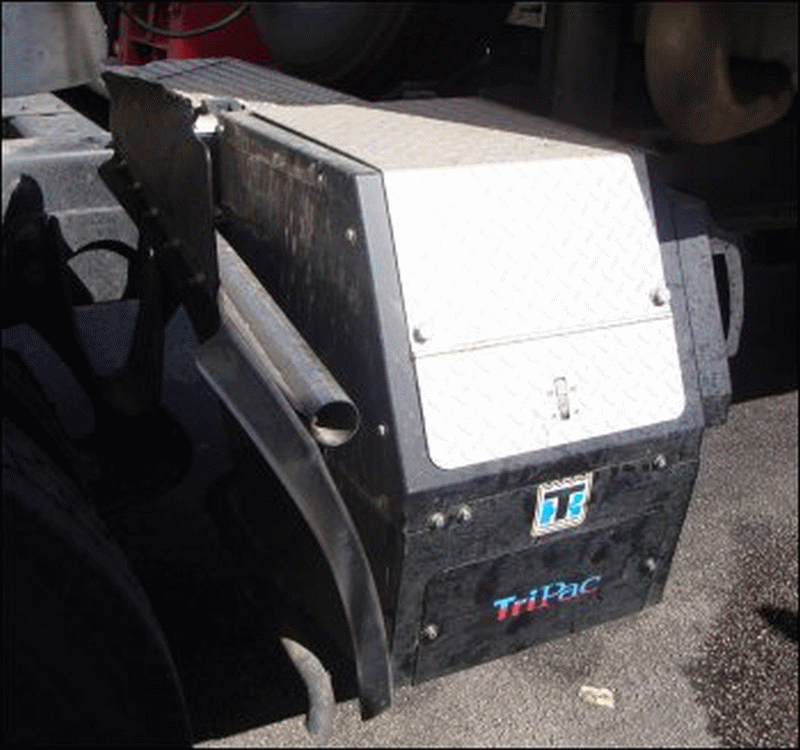 The owners and stockholders of trucking companies may, unfortunately, be looking at profit instead of making sure that the drivers who drive for them are comfortable during their rest breaks.

For this reason, they may decide not to install auxiliary power units (APUs) on their trucks — even though the savings in fuel that would ordinarily be spent on idling could more than pay for the units in about a year.

We have already reviewed a product that provides in-truck air conditioning only (no electrification), but falls short because it is battery-powered.

When the charge in those batteries is too low, the air conditioner no longer works.

For this reason, we think it would be best to have a climate control and electrification system — an auxiliary power unit (APU) — that is diesel-powered.

How Can a Trucker Win?

So how can a trucker come out on top with all of these negatives pressing in?

If the trucking company will not buy an APU for each of their trucks, here is a proposition that truck drivers can make (which we strongly recommend being drafted and reviewed by a qualified attorney):

Part of the proposition that a driver could make to his trucking company should include documentation about proposed cost savings, such as may be done in spreadsheet form similar to what is shown here:

This proposition is a win-win situation because

To further assist with your proposition, please note that it is not difficult to set up a spreadsheet based on the table above to calculate the cost of the fuel that the company will save through having an APU on the truck.

In our calculation, we left the number of sleeping hours at 9 each night, assuming

We determined that the Cumulative Savings over the course of one year was $6,567.75.

This amount (according to our proposition) goes both to the company and the driver.

By mid-July the following year, the unit should be paid for in just the fuel savings alone.

The Alternative to This Proposition 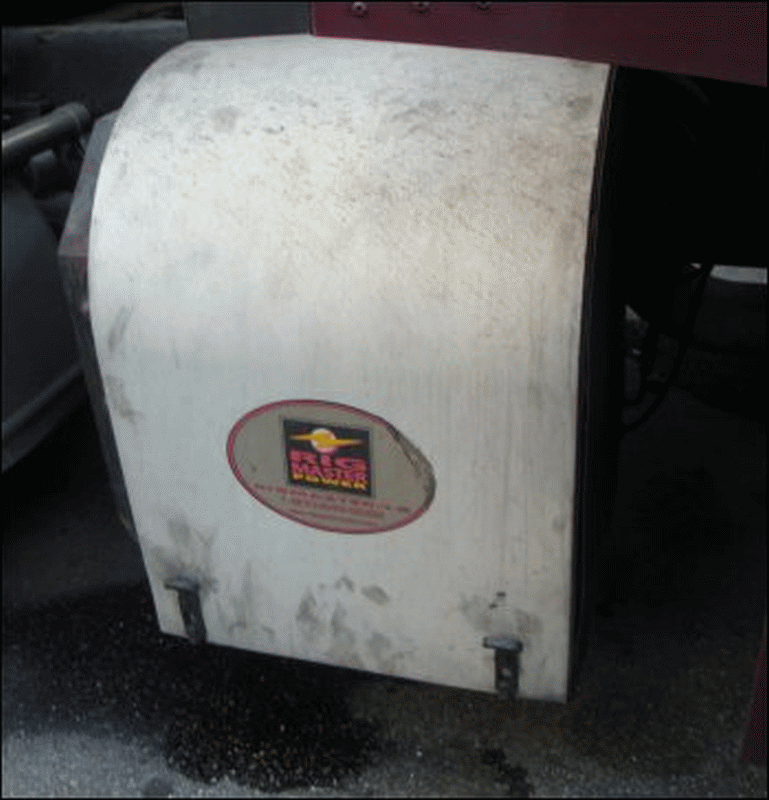 However, if a trucking company is

the driver has a decision to make.

Is he/she willing to foot the entire bill for having an APU on his/her company truck in order to stay comfortable?

Is he/she so willing to stay with a company that refuses to invest in some basic comfort that can only stand to benefit them both in the long run?

We offer this proposition to help both drivers stay comfortable and trucking companies to be “humane” to their drivers.

Please note that according to the spreadsheet calculations we made for this proposition, the driver could have the APU paid for with just the reimbursement for half the savings of fuel in about 1.5 years or less.

Money saving tip: This proposition is suitable for drivers who want climate control but whose trucking companies don’t want to pay for an APU outright — while allowing both parties to split the cost of the savings on fuel as opposed to idling.

The trucking company doesn’t have to fork out the cost of the APU but the driver gets to earn a little toward his own investment in his health and well-being.

It is hopeful that over time, all OTR trucking companies who have hired drivers that stay away from home overnight will install an APU on each truck, so that all of their drivers can enjoy the same comfort that internal employees enjoy.

In the meantime, consider this proposition.

To make sure that you are legally protected and have any legal agreement reviewed by an attorney.

As far as we know, there is no template to turn the proposition we have described on this page into a legal agreement or contract.

All we have are ideas that we feel need to be addressed in the agreement.\

More tenets may need to be added, modified or deleted based on your own specific circumstance.

We suggest that you obtain good quality legal advice, preferably for as low a cost as you can get.

Legal service plans may be the way to obtain help on any legal document, whether this proposition or something else.

Return from A Proposition Between Drivers and Trucking Companies on APUs to our Truck Operations page or our Truck Drivers Money Saving Tips home page.

Things That Freeze On Truckers