Before we address the subject of how to “lose money” as a trucker, we first need to back up and define what we mean by “lose.” 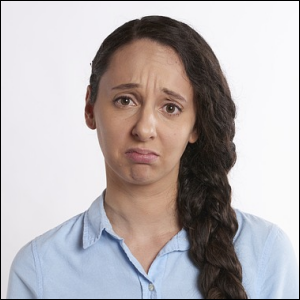 For the purposes of this page, we are going to use the following descriptions of “lose” from Wordnik:

From these definitions, we see that there are two basic actions:

So, we’re going to address some common ways that truckers lose money by both types of actions.

You may know of other ways that this can happen and we welcome your feedback.

There are plenty of ways that truckers lose money voluntarily or let it “slip through their fingers.”

We’re going to put these into five categories.

Truckers Lose Money through Neglect or Lack of Knowledge

The following list contains some ways that anyone — not just truckers — can lose money.

For educational purposes only, we list these ways that money (or other assets) get taken from people through no fault of their own, so that you can be as prepared as possible to guard against them.

There have also been many, many bank failures in the USA since 2000.

When Mike learned that a bank we had had our money in failed in 2007, the first question Vicki asked was, “Did we lose everything?”

Thank God that the bank that took over guaranteed the funds that we had deposited with the one that failed.

But with one fell swoop, everything we had worked for years to save could have been gone.

If you think that your deposits are safe in the event of a bank failure, you need to read “read this and see this.
demonocracy.info/infographics/usa/fdic/fdic/ (no longer online)

Americans may not be as familiar with this as folks in Europe, but some deposits from savers in Cyprus were confiscated.
demonocracy.info/infographics/eu/cyprus_crisis/cyprus_crisis/ (no longer online)

Every type of investment carries some amount of risk. For example, houses and trucks can get flooded.

At one time, we invested in mutual funds and individual stocks.

Mike did all of the research himself and for a time we were making a return on our investments. When the time came that we experienced a 26% loss, Mike determined that enough was enough and we sold all of our shares.

Some types of investment vehicles are less prone to loss than others.

One driver experienced loss from items stolen from his(?) truck while it was in the shop.

The driver didn’t say how much the stolen items were worth, but another trucker said he had an “ipod taken” from their truck’s bunk.Perhaps these things could have been removed from the truck before it went into the shop; then again, some valuable items are mounted in a truck like CB radios.

To what extent does one try to protect himself against theft?

One of Vicki’s relatives was admitted to the hospital where he underwent extensive testing and treatment that could not keep him alive.

His spouse ended up with thousands of dollars of medical bills that insurance did not cover.

A 2012 article from the U.K. says, “The report, released this week, depicts a bleak picture of the future, with a growing number of pensioners slipping into poverty as they use up their savings to fund care and rely on friends and family for help.”
telegraph.co.uk/news/uknews/9652629/Care-bills-will-soak-up-most-of-our-savings/ (no longer online)

Money saving tip: Obviously, there are things you can do to not lose money voluntarily.

And in some cases, you might be able to lessen the loss of involuntary actions taken against you.

For example, when we switched car insurance agents in 2012, our new agent urged us to increase the uninsured/underinsured part of our insurance policy.

He said that if we left our coverage at the old level, we would have to pay more out-of-pocket if we experienced a particular type of loss.

When applied in a commercial truck sense, owner-operators should regularly review their truck insurance regularly.

Ask your agent if the level of your insurance will cover your truck in certain (or likely) situations.

Be aware that you can be “insurance rich and cash poor.”

Be careful about trying to protect yourself against every type of loss.

Your budget can help guide you.

Educate yourself about reasonable precautions and protections you can take against losing money.

Once money is lost, it may likely never be recovered.

Consider the trade-off in doing things for yourself versus having others do them for you.

For example, how much money could you save if you eat meals in your truck versus eating them in restaurants (cost of meal, cost of tax and cost of tip all added together)?

How many eggs, how many slices of toast and how many pieces of meat could you have fixed in your truck for that?

Is it worth it to you to eat out, even considering your time?

Consider all of the things that you’re spending money on as well as things that could cost you money that you could have put toward saving opportunities.